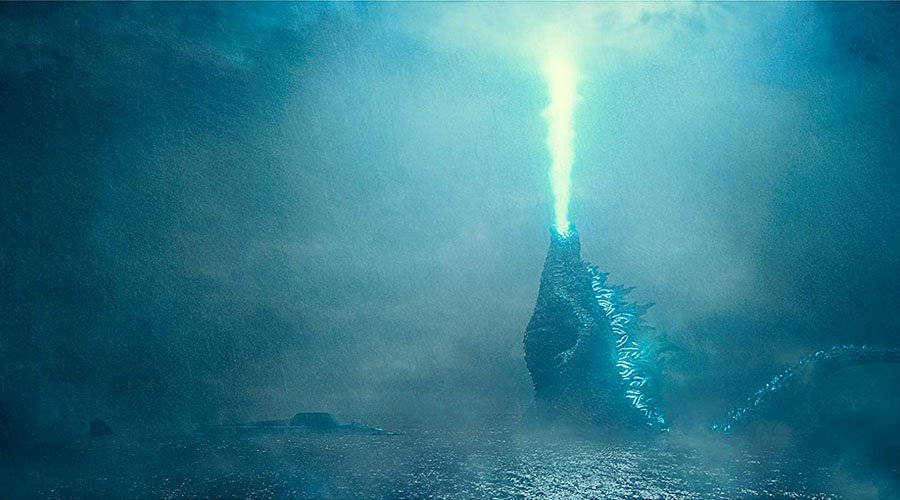 You will lean a number of things about the big guy by watching Godzilla: King of the Monsters. How to perform CPR on him (by using a nuclear bomb), that he doesn’t ever need Tums (he swallows an alien being with nary a burp) and that you can throw millions and millions of dollars to bring him back to life on the big screen and have if be no less cheesy that the original films with their balsa wood and paper buildings being turned to glorious rubble.

Then add all the other he’s and she’s from the monster kingdom (including but not limited to Mothra, Rodan, and Ghidorah) and you have one hell of a party on your hands. It brings to mind the kind of murky party that plays in your head after you did your best to over-consume and still be in a state of consciousness.

The story as it is revolves around big G coming back around to save the puny earthlings from themselves as well as handling all the unwanted party guest. Scores of gate crashers that have lied dormant underground for eons and none of them wake up happy. You thought it was difficult to get started on Monday morning? Try that after being asleep for thousands of years.

The actual film defies belief on how many wonky moments you can actually endure and still consider it watchable. It absolutely luxuriates on walking that oh so fine line from start to finish.