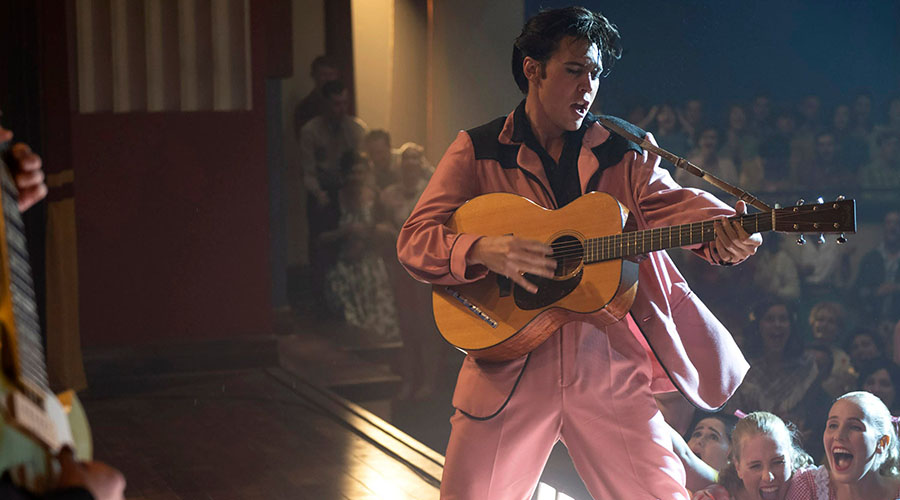 Surprisingly respectful and highly stylised, Elvis presents a snapshot of one of the most well-known celebrities of the twentieth century as only Baz Luhrmann can. His over-saturated colour palate and multi-media montages are present and accounted for. Every red is blood red and every other colour features its richest presentation.

This is a cautionary tale of adulation, addiction and excess with one casting that makes complete sense and one that doesn’t. Austin Butler is excellent as Presley and the camera loves him. Tom Hanks on the other hand seems an odd choice. It’s almost impossible to see him as a villain and the affectation he uses for the voice and the prosthetics used are off-putting. He looks like a sixties-era TV Batman baddie.

Butler is riveting as the younger Presley and the live musical numbers are very effective at conveying his youthful exuberance. Thankfully the bulk of the movie is set in his ascendancy and the few scenes used to describe the descent into drug addiction and erratic behaviour set the context without resorting to crass sensationalism. Presley really was something during the early part of his career.

One would hope that things are better today in regards to addressing chemical dependency and unending workloads in the music business. But then that might just be naive. It was however difficult to see a talent like his so ill-kept and squandered to keep the money train rolling along. Nothing says success like excess and Luhrmann masterfully present an ardent acknowledgment to a talent that still resonates today.