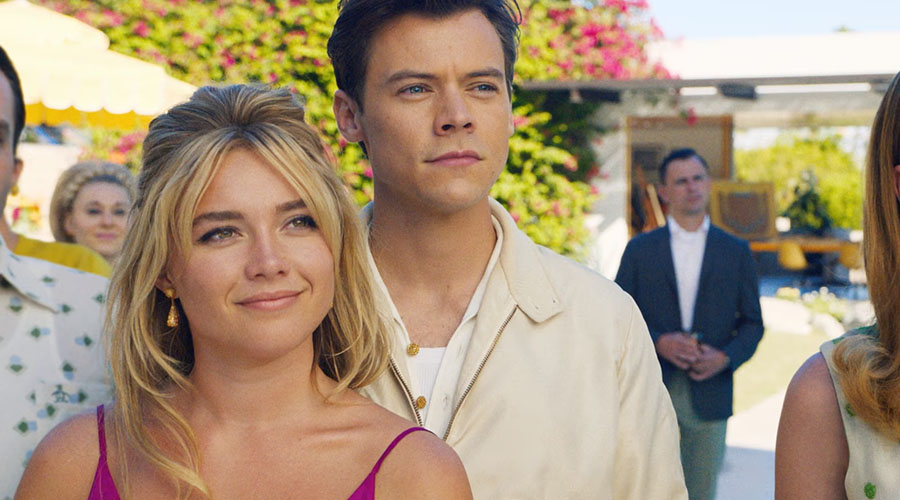 Few films in recent memory have been blighted with so much superfluous news before most people had a chance to see the work on the big screen. Now that the film is opening maybe the news cycle can focus on what matters and that’s the actual film.

Don’t Worry Darling is a challenging experience but one that will reward those that don’t need to be spoon-fed their films. Its narrative is something on the surface but almost entirely different under that facade. Its bright and colourful fifties persona hides a dark secret.

Alice (Florence Pugh) and Jack (Harry Styles) lead an idyllic life and seem lustfully in love. The desert community in which they live mirrors the fifties lifestyle perfectly, too perfectly. As the cracks appear in this facade of normalcy, you are given discrete clues to its dark secrets.

The assertive mix of social commentary and elements of science fiction reflect a strong female viewpoint and the work is much stronger and relevant for that. That the heroes and villains don’t become known until the end of the final reel is a nod to the quality of the work. Kudos to all the women behind the film.
Rob Hudson
www.facebook.com/WarnerBrosAU/