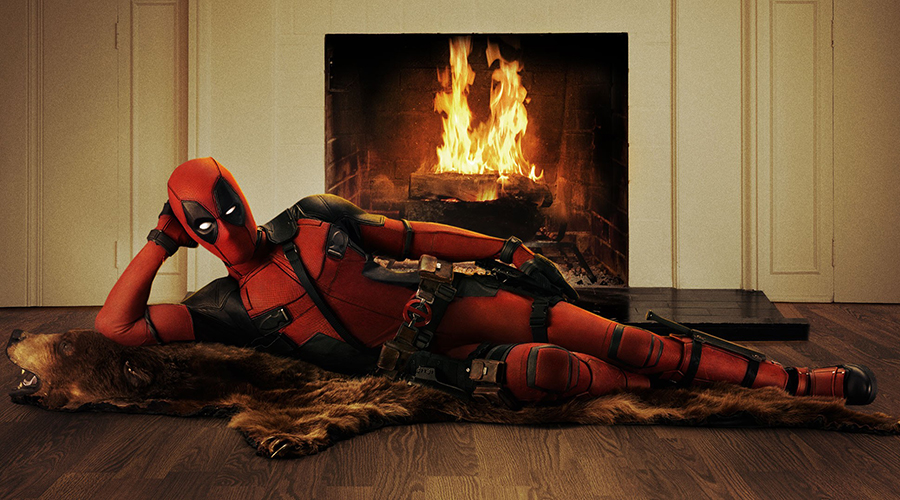 Simply put, Deadpool is just flat out fun. This irreverent take on the superhero genre has just jump-started a new edition to the elite group of films with a license to print money. The humour hinted at in other superhero flicks is given over to full fruition here and Deadpool with have you rolling in the aisles. Its humour is crass, juvenile, retrograde and just a whole lot of fun.

Ryan Reynolds is the perfect man for the job and his ability to act the class clown and emote even with his face covered in a silly red and black mask is outstanding. He has finally found a role that utilizes all of his talents. Animator Tim Miller makes his directing debut with Deadpool and his sense of pace is spot on. He throws so many jokes and unique ideas your way that the fun doesn’t stop from the hilarious opening credits to the very end crazy credit (don’t miss it).

By now most will have seen a trailer or two so no real synopsis is needed to describe the chaos that is afloat here but the thing that does surprise is how well the tender moments are handled. Wade/Deadpool’s relationship with Vanessa played by Morena Baccarin (Homeland, Serenity) comes across as real as they both share the same sense of absurdist humour and disdain for convention. Their onscreen chemistry is intoxicating.

If you fail to find Deadpool funny, it might just be that you are too old, but that’s OK, just work through that temporary roadblock and enjoy what is one of the funniest films of this fresh new year.