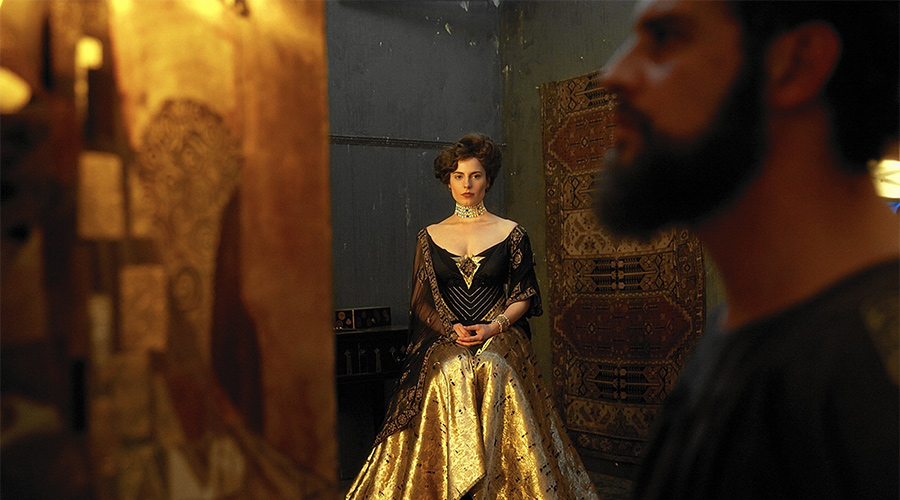 The title of the film refers to the Gustav Klimt painting, Portrait of Adele Bloch-Bauer I – renamed ‘Woman in Gold’ to deny its Jewish origins after it was confiscated by the Nazis just prior to WWII in 1938. The painting belonged to the family (and depicts the aunt) of Maria Altmann (Helen Mirren), a holocaust survivor who fled her Austrian homeland for Los Angeles to avoid Nazi persecution. In 1941 the Austrian State Gallery assumed ownership of the painting and the film documents Altmann’s – and her lawyer, Randy Schoenberg (Ryan Reynolds) – attempts to reacquire the painting from the Austrian government who view the work as a national treasure.

Woman in Gold ticks many boxes which appeal to a wide audience – it’s a David and Goliath story; it’s courtroom drama; it’s holocaust drama; and it’s art documentary. It’s a gripping story about a fascinating and frightening moment in history and director, Simon Curtis, holds it all together with a sure hand.

The film is structured into two timelines: the present day where we follow Altmann’s attempts to reacquire her stolen possession; and the early 20th century leading to the Anschluss annexation of Austria by the Nazis in 1939 and the subsequent maltreatment of Jews and confiscation of Jewish wealth. These two timelines are deftly edited together to provide an affecting portrait of Jewish persecution and one woman’s attempt to reconstruct the shattered remnants of her life.

Helen Mirren is fabulous in the primary role, which is to say she’s par for her course – has there been a time when she hasn’t been fabulous? Ryan Reynolds is also excellent as Schoenberg, displaying greater depth of character as the story proceeds. The film also boasts an exemplary support cast which includes Charles Dance, Jonathan Pryce, Elizabeth McGovern, Katie Holmes and Daniel Brühl. Tatiana Maslany is also excellent in her portrayal of Altmann as a young adult.

Replete with impeccable performances, direction and a fascinating true story, Woman in Gold is hard to beat. Highly recommended.