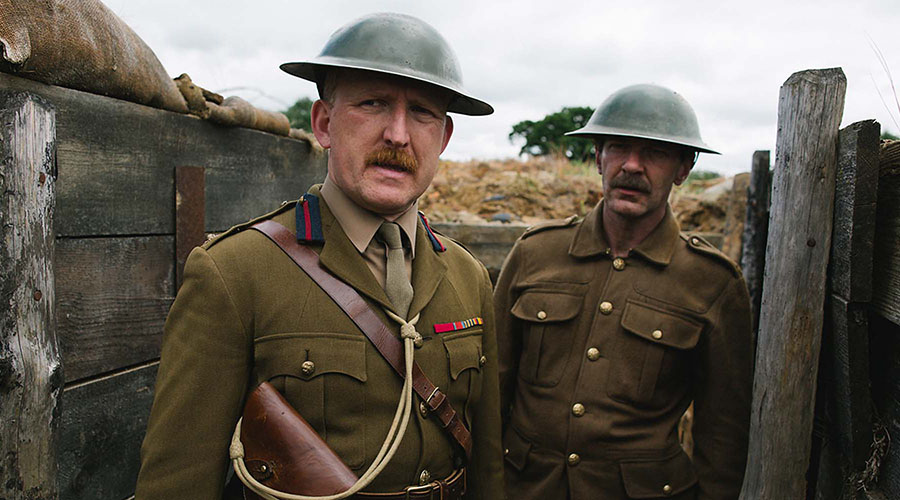 Set during the horrors of World War One, The War Below tells of an audacious plan by the British military to free the loggerhead between the German and British troops stuck in the trenches on the Western Front. They intend to tunnel underneath the German trenches and plant bombs below them.

The story is built around the actions of William Hawkin (Sam Hazeldine) a family man and miner rejected for active duty due to the early onset of miner’s lung. His shame at not being able to serve drives him and his men to extraordinary lengths in the undertaking. There is also a critical look at the military’s penchant for staid and possessive thought in disregarding these non enlisted men’s heroics.

Lacking the budget for big set pieces and special effects helps the film to resolve its story in more human terms and its Britishness becomes a virtue. It lets you in on a world of claustrophobic nastiness where you can almost taste the squalor. The arduous task of digging by hand under incredible stress is given full view, as is the complete lack of help or encouragement from the other troops.

The results of these men’s efforts led to the biggest manmade explosion until the atomic bombs eclipsed it decades later. It also caused over 10,000 German casualties (although those facts are now under scrutiny). The War Below pulls no punches in its depiction of the futility of the trench warfare style of combat of that awful war.
Rob Hudson