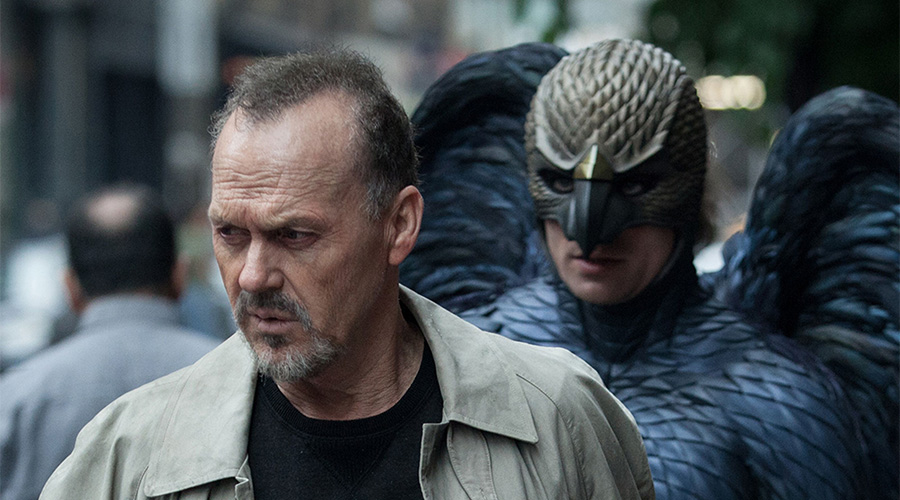 Birdman (or The Unexpected Virtue of Ignorance) Movie Review

Birdman is the first great film to be released on Australian screens in 2015. It is so unusual and filled with so many unique touches; it is a film aficionado’s dream. It also highlights the return to the big screen of Michael Keaton in the film role of his life.

Mexican writer and director Alejandro González Iñárritu has delivered a story inside a story about a past his use by date movie star, Keaton, who previously reaped the riches and empty adulation that went with his role of playing the big screen superhero Birdman.  He is seeking redemption (artistically and humanly) by writing, directing and starring in his own Broadway play.

Alejandro uses music masterfully as the first three quarters of the film is set to a drum solo and not the usual film score music. This drum solo, with its odd punctuations and time signatures has the effect of putting you on edge and never letting you get comfortable. This also applies to the great work of the actors. Keaton is brilliant with all of his ticks and nervous affectations (including the voice in his head that comes from his alter ego Birdman). Emma Stone is also great as the hot mess bottle blonde daughter and Edward Norton sizzles as well as a Broadway actor that take method acting to new heights.

The line between reality and fantasy has never been more lusciously disregarded as Birdman takes on a staggering number of acting clichés as it tells its story. The acting and directing is consistently superb and surprises wait at almost every turn. This is the kind of film that gets the year off to a great start.
Rob Hudson
www.birdmanthemovie.com