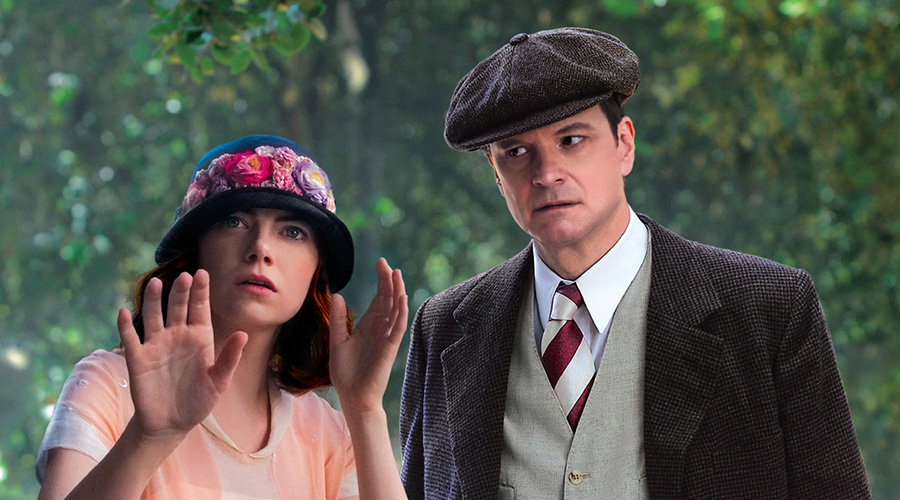 Magic in the Moonlight Movie Review

Stanley (Colin Firth), a well renowned magician, is sent on a debunking mission to expose spiritualist Sophie (Emma Stone) as a fraud.

As is the norm for these kinds of things a rocky romance reluctantly blossoms between the pair predictably precipitating the drama and comedy for the story. Of course Firth is old enough to be Stone’s father but add a little Just For Men and, voila, problem solved.

Written and directed by Woody Allen, the film is a frivolous but interesting discussion on open versus closed minds; hard rationality versus the fantastic; and the complex relationship between science, philosophy and religion. Though the film sways back and forth between the opposing viewpoints it ultimately remains an agnostic observer, recognising that different people gain sustenance from different beliefs and that truth is, in some ways, secondary to this.

Allen’s writing and direction is simple, neat and concise, as are the performances delivered by his cast which also features Marcia Gay Harden. With a neat twist in the plot which is deftly presented, Magic in the Moonlight is pleasant and mildly thought provoking entertainment.