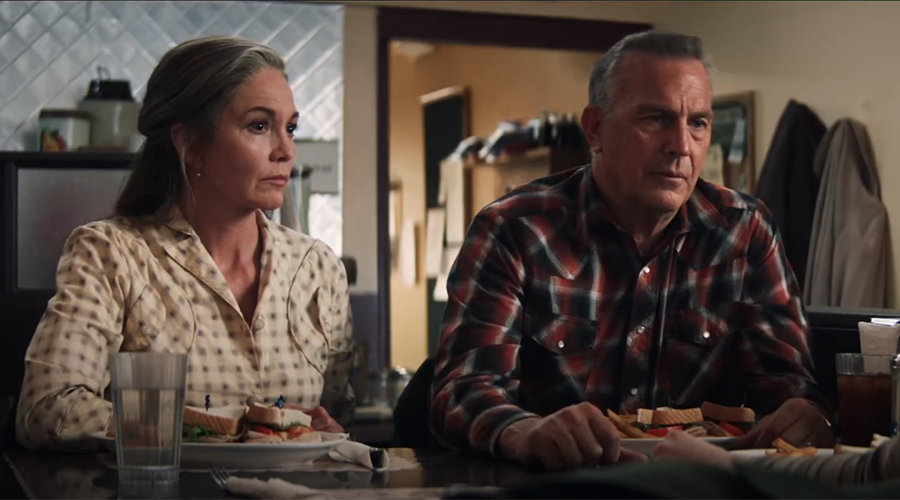 Watch the trailer for Let Him Go – in Aussie cinemas this November!

From writer-director Thomas Bezucha comes an intense character-based thriller about the bonds of family, the power of love and the necessity of sacrifice, set in the American West.

The year is 1963. Retired sheriff George Blackledge (Kevin Costner) lives on a Montana ranch with his wife Margaret (Diane Lane), their adult son James (Ryan Bruce), his wife Lorna (Kayli Carter) and the couple’s newborn baby Jimmy. Their home is humble but happy, until one bright autumn morning when tragedy strikes—James dies of a broken neck when thrown from his horse. Three years later, his widow Lorna marries Donnie Weboy (Will Brittain), a young man with strong ties to his North Dakota clan. Margaret’s worst suspicions of Donnie’s dark side are confirmed on a visit to town, when she witnesses him strike both Lorna and her grandson.

Margaret is deeply alarmed when the newlyweds pull up stakes in the middle of the night, leaving town without saying goodbye. She resolves to track the couple down and to bring Jimmy home to live with her and George. Unable to dissuade headstrong Margaret from her mission, George reluctantly agrees to the journey and to helping her rescue the boy—and Lorna. But the violent and controlling Weboys, headed by uncompromising matriarch Blanche Weboy (Lesley Manville), won’t allow the Blackledges to reclaim their loved ones. George and Margaret are left with no choice but to fight for their family, no matter how great the cost.

Let Him Go will be released in Australian cinemas November 26!
www.facebook.com/UniversalPicturesAU