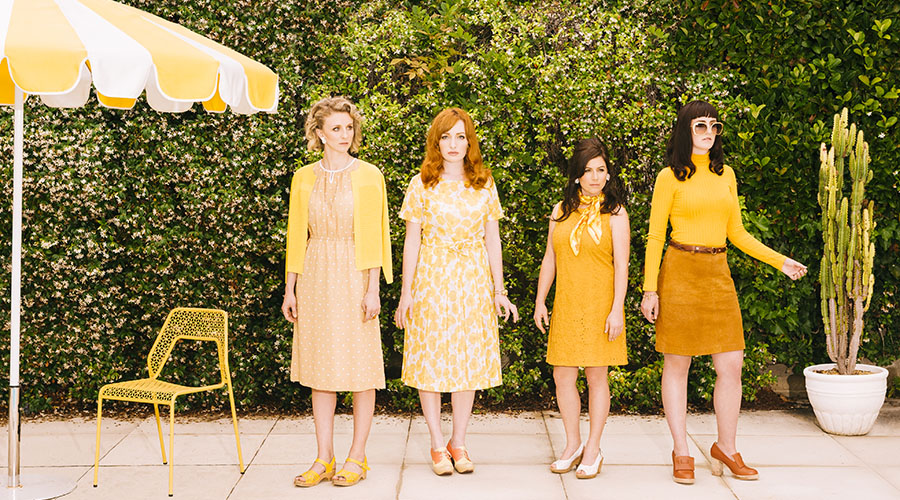 Just weeks before the release of their highly-anticipated debut album When We Fall on March 3, All Our Exes Live in Texas premiere their latest heartbreaking yet ever-so-stunning single and video for ‘Boundary Road’. The video drops just moments before the ladies board a plane to take the US (once again) by storm, playing showcases at Folk Alliance International in Kansas City and then SXSW in March. One thing is clear; it’s the Exes’ world, and we are lucky to be living in it!

Getting its first spin on Double J and premiering online via NPR, the track addresses the societal pressure of keeping your emotions together, of being a role model, of not falling apart. Singer and guitarist Katie Wighton notes — it all began simply enough, at breakfast with her mum.

“Something happened and all of a sudden we were having this huge fight on Boundary Street, in Brisbane’s West End. I don’t even remember what it was about but eventually she broke down and said ‘What if I want to be the one to fall apart once in a while?’ My mum is pretty amazing at pretending things are okay when they really aren’t. I suppose most parents are. This song is for anyone who feels like they have to be strong and brave for those around them. I hope it gives you permission to fall apart every now and then.”

A testament to their musical strength and vulnerability, When We Fall is a collection of songs that are enough to make grown men cry. But beneath the sweet, potent harmonies and lamentations of love, lie four witty and intelligent feminists who harness their talent for good not evil.

2016 was the year of the Exes’, after stunning audiences in Ireland, the UK and US; playing their biggest headline shows on home soil and touring regionally with Boy and Bear; tearing up the Australian festival circuit; signing a record deal with ABC Music; being nominated in the 2016 Vanda & Young Songwriting Competition; not to mention a string of nominations for the inaugural National Live Music Awards; recording with (no big deal) Ryan Lewis, the world is ready for folk’s most badass foursome to drop their debut album!
www.allourexesliveintexas.com