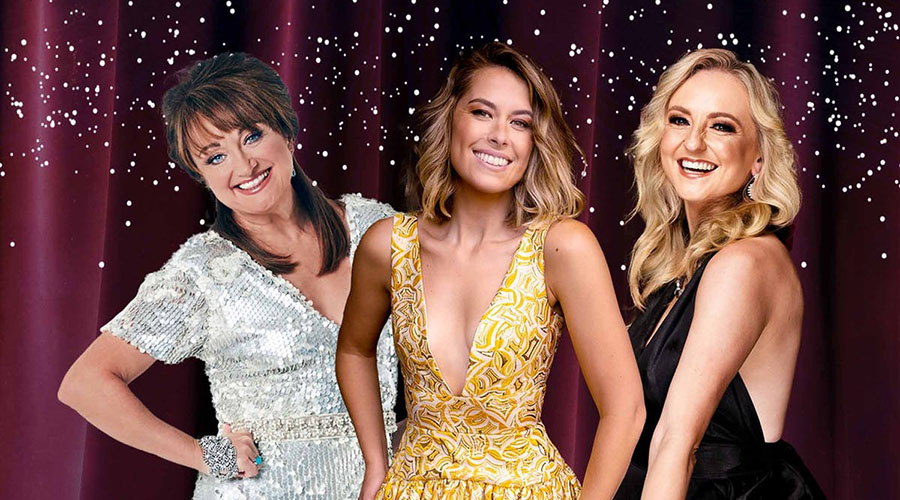 Defying Gravity is bringing the greatest broadway songs of all time to QPAC!

What better way to kickstart the new year than by spending an evening with three of Australia’s leading stars of the stage – Caroline O’Connor, Amy Lehpamer and Naomi Price – as they perform the greatest musical theatre songs of all time in QPAC’s Concert Hall. From Evita’s “Don’t Cry for me Argentina” and Chicago’s “All That Jazz” to Wicked’s “Defying Gravity”, expect musical hit after musical hit… along with a few extra surprises!

The three award-winning vocal powerhouses will join forces, the first time they have ever appeared together on stage, working their way through a songbook of beloved musical theatre songs alongside a 10-piece band and with outstanding vocalist Luke Kennedy (The Voice Australia, The Ten Tenors, Jesus Christ Superstar) as special guest.

Australian musical theatre legend and internationally acclaimed star of Broadway and London’s West End, Caroline O’Connor is no stranger to QPAC, having performed here in Chicago (1998/2008), Anything Goes (2015) and From Broadway with Love (2021) to name but a few. O’Connor starred as Nini Legs in the Air in Baz Luhrmann’s Moulin Rouge, the iconic director calling her “A gift from the heavens.”

Helpmann Award winner Amy Lehpamer is well known to QPAC audiences for her lead roles in hit musicals including School of Rock, Beautiful: The Carole King Musical, The Sound of Music, Dusty: The Dusty Springfield Musical and more.

The perfect Christmas gift for musical theatre lovers, Defying Gravity delivers the most exquisite songs of the genre in one magical evening under the musical directorship of James Dobinson. Not to be missed.