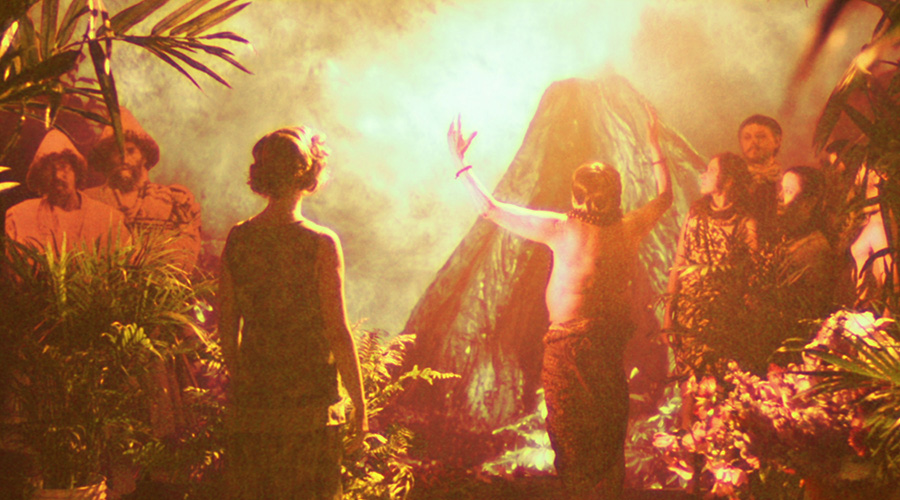 The Queensland Film Festival 2015 is excited to announce that its debut line-up will include Philippe Garrel’s Jealousy, Peter Strickland’s The Duke of Burgundy, and Guy Maddin and Evan Johnson’s The Forbidden Room, as well as emerging local works such as Eight by first-time Brisbane filmmaker Peter Blackburn.

The announcement of these four films—spanning three continents and a range of styles, traditions, and subject matter—signals QFF’s commitment to quality and variety in cinema, according to Festival co-director John Edmond.

“There’s Jealousy, the latest work by a French master director; the highly anticipated The Duke of Burgundy; and Eight, a claustrophobic local effort shot in one bravura take.”

“We’re also thrilled to screen the The Forbidden Room, which imagines a delirious alternative history for early cinema as it jumps from lurid tale to lurid tale,” says Edmond.

The QFF has also announce that Australia’s best known film critic, David Stratton, will be its patron this year.

As QFF patron Stratton lends the Festival his strong endorsement. Festival-goers will also benefit from his critical acumen upon release of the Festival’s full program in June. Here Stratton will offer his personal recommendations and help put QFF’s contribution in context.

While he is a household name for his film criticism in print (The Australian) and especially on television with partner Margaret Pomeranz (The Movie Show 1986–2004; At the Movies 2004–2014), Stratton strongly identifies with another aspect of his professional life: his work as a curator and historian.

It was in this capacity that Stratton first influenced film culture in Queensland. In 1966—his first year as director of the Sydney Film Festival—he played an important part in helping to establish the Brisbane Film Festival.

“In some way, Brisbane’s international film festival has been a part of my year ever since. I always looked forward to travelling up for BIFF,” Stratton says.

“Unbelievably, next year it will be 50 years since that first Brisbane Film Festival, and I’m very pleased to support QFF in reintroducing this kind of film festival for local audiences”, he adds.

Stratton was the director of the Sydney Film Festival from 1966–1983. Stratton made SFF Australia’s premiere film festival during his tenure and took a strong stand against film censorship. He currently teaches—over the span of 10 years—the course “A History of World Cinema” at Sydney University. The second of these 10-year courses began in 2009 and is scheduled to conclude in 2018.

With a half-century relationship to Brisbane’s film culture and an unparalleled commitment to curating the world’s most important cinema, QFF could have no more appropriate patron than David Stratton.

QFF’s full program of around a dozen feature films, as well as supporting shorts, will be released in June. Tickets will be available through the New Farm Cinemas website, and in person at the box office.