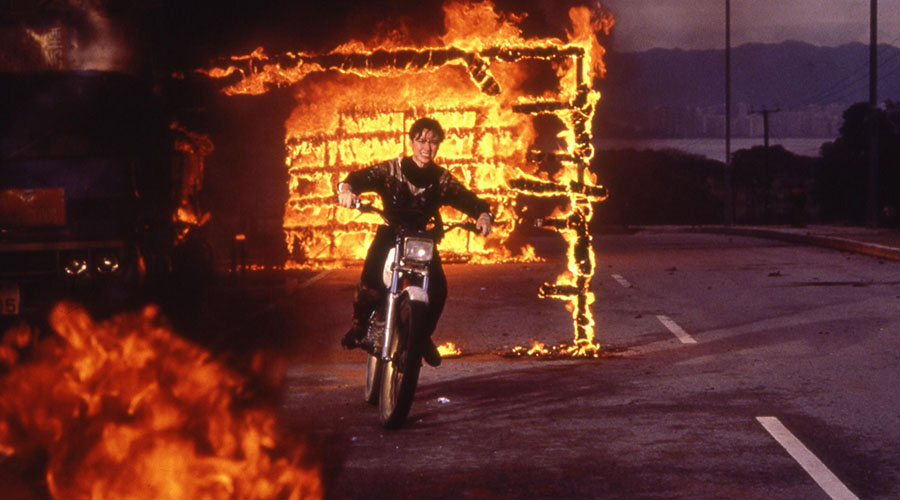 The Flying Fists of Joyce Godenzi is coming to The Australian Cinémathèque!

The Australian Cinémathèque presents a selection of four films spotlighting one of the great unsung stars of Hong Kong cinema, presented in partnership with the Brisbane International Film Festival 2022.

In a brief but unforgettable career, Joyce Godenzi established herself as a consistently electric presence in a variety of film genres – most notably as a stylishly skilful star of some of Hong Kong’s premier action films.

Born in Hong Kong in 1965, Godenzi initially found fame upon winning the 1984 Miss Hong Kong pageant. She parlayed this newfound celebrity into an acting career with roles in Lam Ngai Kai’s The Ghost Snatchers 1986 and The Seventh Curse 1986, before her breakthrough role in Sammo Hung’s Vietnam War epic Eastern Condors 1987. Her commanding performance as the leader of a group of Cambodian guerrilla fighters earned her widespread critical acclaim and a nomination for Best Supporting Actress at the Hong Kong Film Awards.

Godenzi was soon leading major action films – including She Shoots Straight 1990 and heist-thriller Licence to Steal 1990 – in which she was performing her own dangerous stunts and elaborate martial arts choreography. She even began to play against type, cast as a villainous spy in Tsui Hark’s historical adventure film The Raid 1991.

Then, as quickly as she rose, she disappeared from the screen. Disillusioned with the world of show business, she suddenly retired from acting in 1991. Since her retirement, Godenzi married her former director and co-star Sammo Hung and the two continue to live together in Hong Kong.

This program brings together four of Godenzi’s most memorable screen roles in an unprecedented showcase of the Hong Kong actor’s career. These films demonstrate her dynamism across a range of genres, revealing one of the most compelling screen presences of her era.