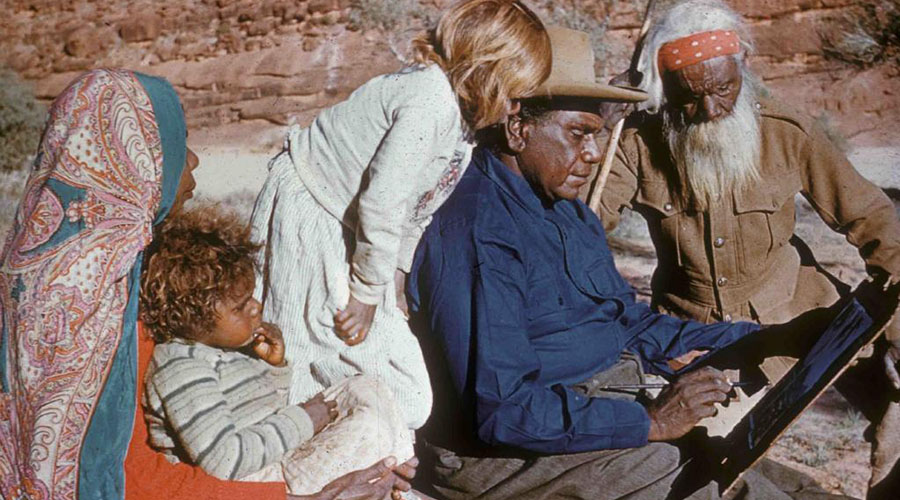 On Tuesday August 29 there will be a very special screening of the Namatjira Project with filmmakers & cast in attendance!

“The Namatjira Project … might just be as significant a bridge between blackfella and whitefella as the now fading memory of the march across the coathanger, or even the apology.”
– Crikey

From the trackless Australian desert to the gates of Buckingham Palace, the Namatjira family have struggled for decades to see justice done. Albert Namatjira was a man caught between two worlds. He was paraded as a great Australian, but treated with contempt.

He was the first Indigenous person to be made a citizen by the Government, in a time when his people were still considered flora and fauna. And he was a pioneer, founding the Indigenous art movement and bringing vivid visions of the outback to many coast-bound Australians for the first time. His haunting works were shown across the world, and he was feted, even being introduced to the Queen.

But in 1957, the dream fell apart. Namatjira was locked up for something he didn’t do; he died two years later, a broken man, and in 1983 the Government sold the copyright to his works to an art dealer. His family didn’t get a cent. Namatjira taught his children to paint, and they taught theirs. The fifth and sixth generations are now taking up the art.

The questing and questioning documentary The Namatjira Project is just one of the pillars of a multidisciplinary project backing the great artist’s family in their fight for survival, justice, vindication – and to regain what is rightfully theirs. A Welcome to Country precedes this screening.