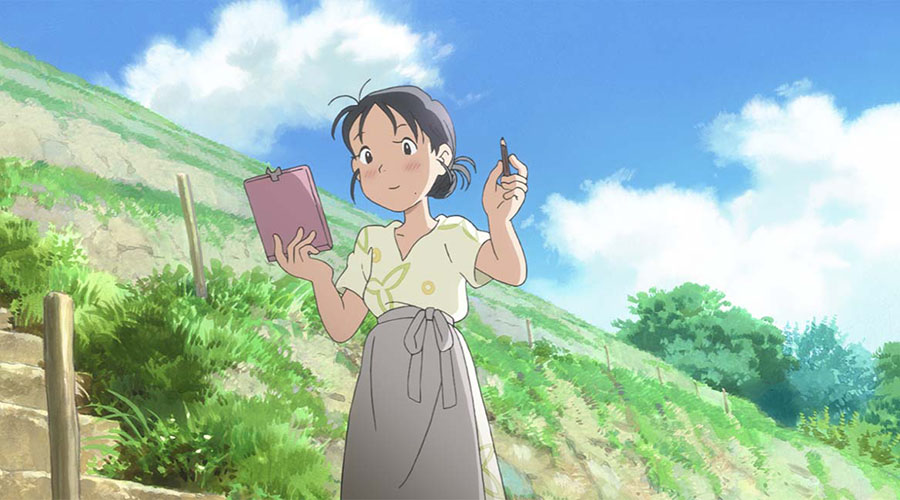 In This Corner of the World Queensland Debut at BIFF!

Manga lovers. This is a real treat. Making it’s debut in Queensland Sunday 27th August is In This Corner of the World!

Based on the manga by Fumiyo Kouno, this heartwarming, sweet and uplifting coming-of-age tale by Sunao Katabuchi (Mai Mai Miracle) took out the Animation of the Year award at this year’s Japan Academy Prize.

It’s 1944, and as the Second World War marches ponderously towards its inevitable end far overseas, 18-year-old Suzu moves to the port town of Kure, near the city of Hiroshima, to marry a man she has never met. Suzu is wed to a young clerk from the local naval base and moves in with his family – and while he’s at work, the talented budding artist pitches in with the household chores, toughing out the wartime rationing, preparing creative meals and keeping morale high with her cheery demeanour.

However, it’s not long until this routine is shattered by air raids and bombings by the United States military, wreaking devastation across the area and changing the townsfolk’s lives forever by unleashing the world’s first nuclear weapon. Suzu must reach deep down to find perseverance and courage to live on and rebuild her life.

Teams of researchers painstakingly worked to infuse the story with facts and true stories from the time, and recreate the pre-war look of Hiroshima by poring over photographs of the apocalyptic atomic bombing and interviewing surviving residents.

See it today at the Palace Barracks at 12:45pm!