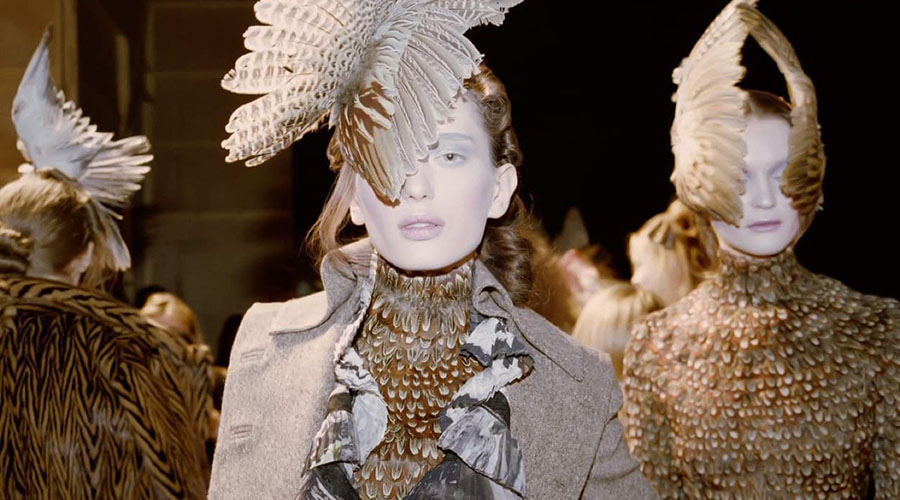 Alexander McQueen (1969–2010) remains one of the most extraordinary and significant fashion designers in recent memory, lauded for his conceptual and technical virtuosity. McQueen’s critically acclaimed collections synthesised his proficiency in tailoring and dressmaking with encyclopaedic and autobiographical visual references that spanned time, geography and media.

Organised by the Los Angeles County Museum of Art, (LACMA), in partnership with the National Gallery of Victoria, Melbourne, this is the first major Australian exhibition to explore McQueen’s thought-provoking and singular viewpoint. Showcasing over 100 garments and accessories alongside more than 70 artworks, including painting, sculpture, photography, works on paper and decorative arts, from a multitude of eras and cultures, Alexander McQueen: Mind, Mythos, Muse offers unprecedented insight into McQueen’s far-reaching sources of inspiration, his creative process and his capacity for story-telling.

Organised into four thematic sections, the exhibition considers McQueen’s personal and philosophical design vocabulary. Mythos investigates McQueen’s use of belief systems, religious doctrines and mythologies as a framework for contemplating human nature and contemporary society; Fashioned Narratives explores the designers penchant for telling stories of imagined worlds via his collections and runway shows; Technique and Innovation highlights McQueen’s masterful technical abilities; while Evolution and Existence examines his fascination with nature and life cycles, especially his view of death – not as an end, but as an opportunity for change.

Alexander McQueen will be launched on Saturday 10 December 2022 with the popular event, the NGV Gala. A celebration of art, fashion, fine food and wine, the NGV Gala was inaugurated in 2017 and has since become an anticipated event on Melbourne’s events calendar.