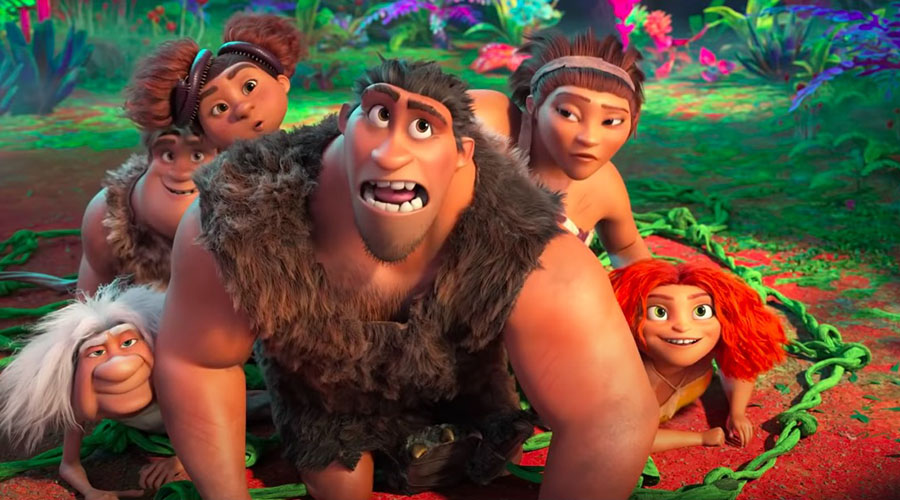 Watch The Croods: A New Age – The Croodimals Documentary

Join us on a trip back in time to the Croodaceous Period, where we’ll observe some of history’s weirdest wildlife!

WARNING: Please keep a safe distance from the Chicken Seal.

The Croods have survived their fair share of dangers and disasters, from fanged prehistoric beasts to watching their daughter get heart eyes over a new boyfriend. But now they face something that will shake their pack to its core and make them reconsider everything they hold true: another family.

The Croods need a new place to live. So, the first prehistoric family sets off into the world in search of a safer place to call home. When they discover an idyllic walled-in paradise that meets all their needs, they think their problems are solved … except for one thing. Another family already lives there: the Bettermans.

The Bettermans (emphasis on the “better”)—with their elaborate tree house, amazing inventions and irrigated acres of fresh produce—are a couple of steps above the Croods on the evolutionary ladder. When they take the Croods in as the world’s first houseguests, it isn’t long before tensions reach a breaking point.

Just when all seems lost, a new threat will propel both families on an epic adventure outside the safety of the wall, one that will force them to embrace their differences, draw strength from each other and forge a future together.

The Croods: A New Age will be released in Australian cinemas on Boxing Day 2020!