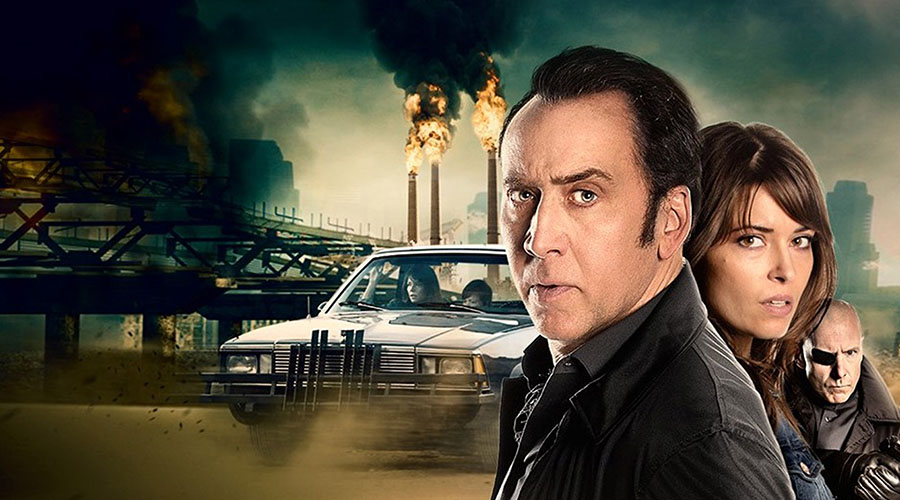 The world has reached its breaking point, so the government has created an organisation to weed out the non-essentials called The Humanity Bureau. With overpopulation draining the world of its remaining resources something must be done, so time to call Noah Kross (Nicolas Cage).

These non-essentials are being relocated to a place called New Eden, a place with a very dark secret. The only problem with Kross is he has yet to be drained completely of his humanity, so when he takes one last relocation job, he bristles under the rules that have governed his actions for so long.

As the story progresses, you discover the reasons for the attachment he feels for this last family he has been sent out to deal with. He soon goes against his years of training and the apathy this has created and reconnects wth his true humanity.

As dystopian thrillers go, The Humanity Bureau takes its clues less from technology and more from the human interface. This makes the journey more personal, the science fiction element is down played. It also makes the film operate within a much smaller budget. There are moments where the internal logic goes astray but the film succeeds in providing a number of surprises.

The Humanity Bureau will be released on Blu-Ray, DD and Digital on Wednesday July 25!