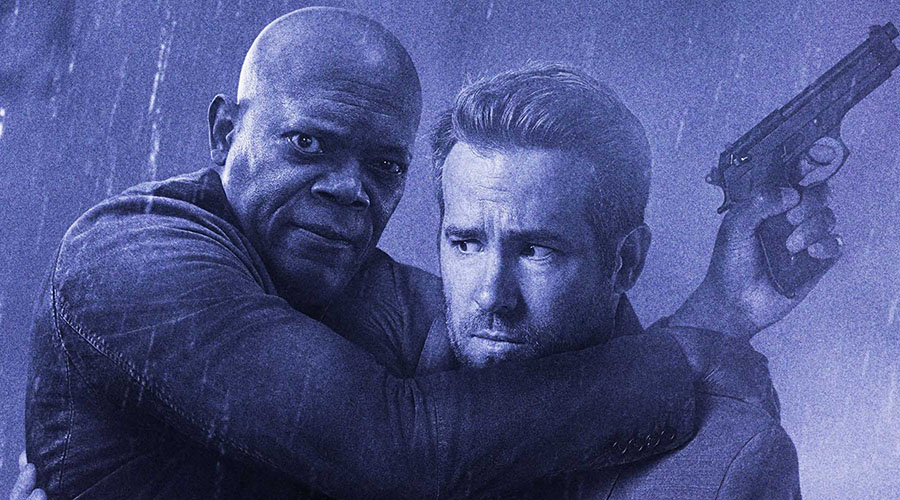 You need to bring a few things to the viewing of The Hitman’s Bodyguard to maximise your enjoyment. First and probably most important is a very healthy suspension of disbelief as few films strain credibility quite to this degree. Second is the strong desire to laugh. This film is funny, very funny. There are comic fireworks between Ryan Reynolds and Samuel L. Jackson throughout and its to the filmmakers credit that they mostly keep out of the way of what is a great on-screen chemistry.

Jackson as the hitman tries his best to drop more F bombs than any of his other films and Reynolds delivers a Deadpool lite performance that shows how well he has a handle on comic timing. Salma Hayek, who has little screen time but nonetheless gives Jackson a run for his money in the profane stakes, plays the incarcerated wife of the hitman.

The story simplified to its core element is just a soon to be buddies road movie and almost all the characters are comic book deep, old school comic book. The main action sequences happen mostly in Amsterdam and seeing a film based in that waterlogged location reminds you of how unique the scenery there is.

As long as your expectations revolve around enjoying yourself and giving your critical mind the night off, The Hitman’s Bodyguard is good fun. Look any deeper than that and you will look right through it.