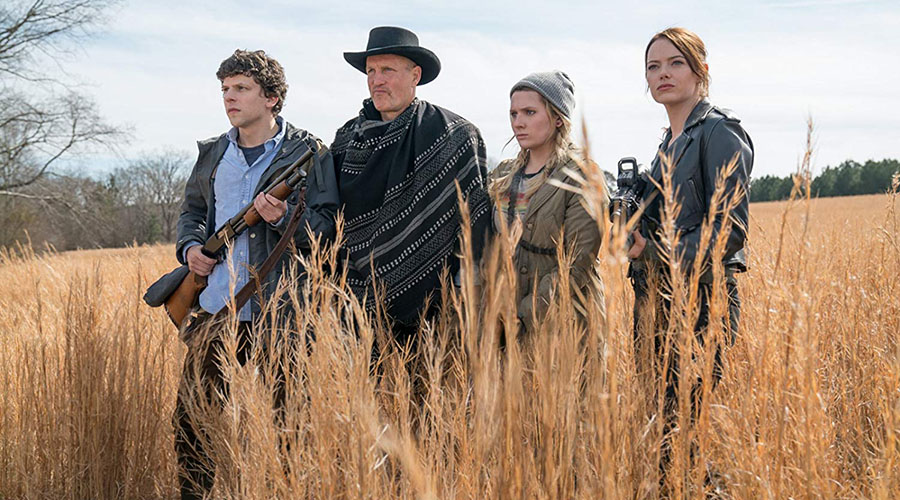 The chemistry behind a successful film can be difficult thing to define. It’s even more elusive when it comes to making sequels. Returning to the Zombieland franchise after ten years was always going to be a big ask and capturing the surprise success and charm of the original was never going to be easy.

With Double Tap, you have the same core actors, the same director and two of the same screenplay writers but it just doesn’t consistently hit its targets. Adding new cast members doesn’t really enhance things either. Except for Rosario Dawson, whose new character is well written and gets to kick serious ass.

The script also makes some strange choices in structure with two of the main cast members (Emma Stone and Abigail Breslin) leaving the action after the second reel and one not even returning until the film’s final conclusion. They have wisely let Woody Harrelson do what he does best and he enlivens most of the scenes he’s in.

The filmmakers have really tried to keep thing fresh and there are a good number of laughs along the way. It just feels like it could have worked so much better with a more well thought out script. It’s like the chemistry was slightly off and the recipe was missing those final one or two ingredients to make a really memorable meal.