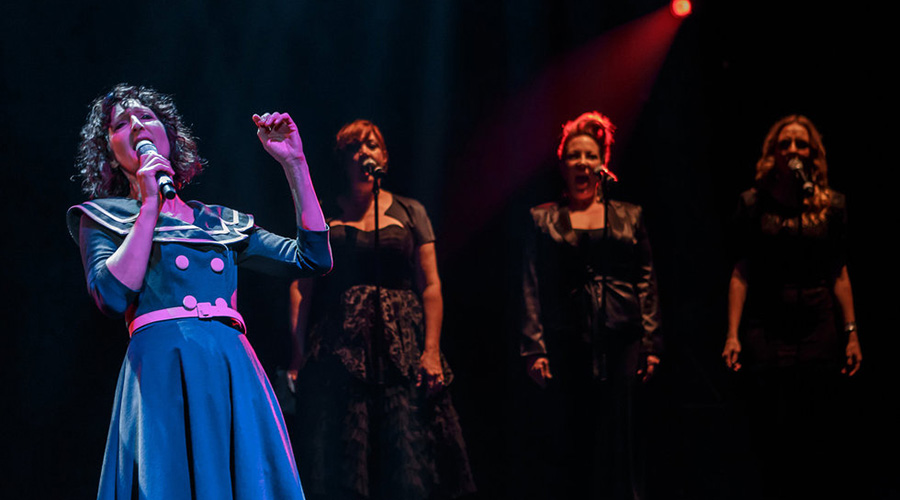 A sublime selection of some of Queensland’s finest female singers will take the Judith Wright Centre by storm for the highly anticipated return of Women in Voice this October.

Since its humble beginnings at the Sitting Duck Café in 1993 through to last year’s sold out debut at ‘the Judy’, WiV has always been synonymous with a great night out and founder Annie Peterson is promising all that and more for this year’s performances.

“There won’t be any boring speeches at this 21st” assures Annie, “just champagne and soulful performances from some incredible artists.

“Alison has performed in more Women in Voice seasons that any other singer. She has also co-directed and coproduced the show with me in the past. She brings a wealth of knowledge for new cast members Bethan and Alinta and for the regulars in Lil’ Fi, Liz and Carita, a friendship and trust that will make for excellent direction.” While celebrating a 21st is always cause for a fabulous party, why stop at just one? Hot on the heels of the Brisbane season, the Women in Voice artists will be hitting the road to share the good times with South East Queensland music fans, and the stage with local cabaret performers.

“Having been out and about recently auditioning for the shows in Ipswich, Toowoomba and the Sunshine Coast, we have been gob-smacked by the incredible talent in regional Queensland. Each location will have a completely fresh feel, with the selected performers getting to work with one of the most talented and supportive groups of artists in Queensland. Audiences will get to see one of their local talents in a whole new light.”

Along with new voices Bethan and Alinta J, the regional artists will be joining an impressive lineage of Women in Voice alumni including Katie Noonan, Kate Miller-Heidke, Jenny Morris, Deborah Conway, Queenie van de Zandt and the late Chrissy Amphlett.