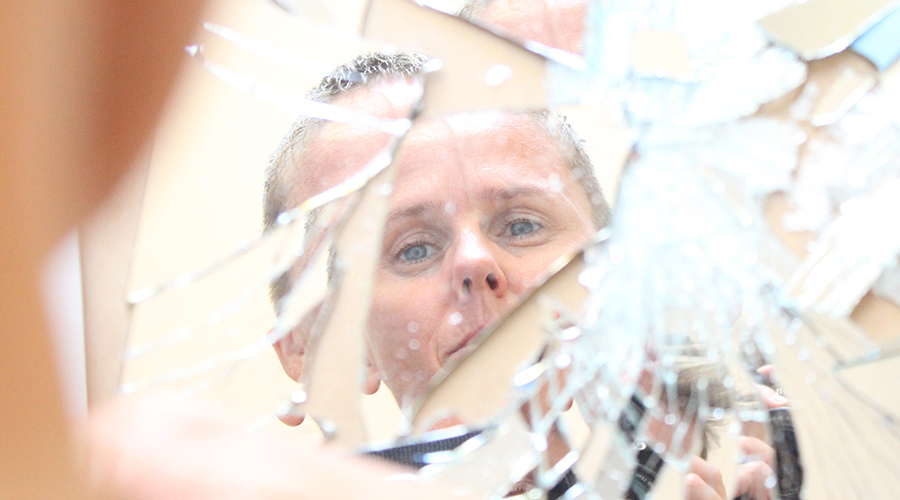 Transformative stories are brought to the stage at Metro Arts in May in the contemporary play Swallow by Stef Smith, co-presented by E.G.

Swallow is a play about choosing life. It’s a study of survival, exploring the surprising complexity of contemporary life.

The play begins with Anna smashing everything in her apartment; her neighbour, Rebecca is furiously breaking down after splitting with her husband; and Sam is trying to process who they are while leaving their old identity as Samantha behind.

Smith’s play highlights the loneliness of city living as these three strangers overhear one another’s lives and struggles, only having conversations through a letter box, by text message, and rarely face to face. However, the feeling of optimism remains around the possibilities of connection, if only they can overcome the urge to self-destruct.

Written by Olivier Award-winning writer Stef Smith, Swallow’s poetic intensity of heartbreak and hope is sure to resound with Brisbane’s audiences. Since the season’s announcement, Producer Elise Greig has discussed the importance of Swallow’s upcoming season.

“The moment I read this play I knew I had to bring it to Brisbane audiences. It’s challenging and raw, but offers a message of hope, connection and regeneration. It’s also surprisingly funny. I love Stef Smith’s writing – so poetic, playful at times, incisive and such spirit. Her characters are complex, contradictory and unconventional. I love it!”