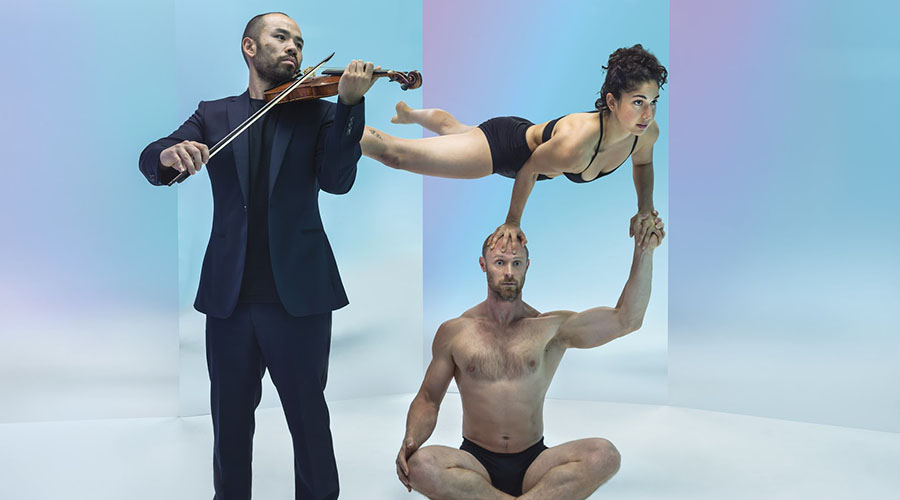 English Baroque with Circa is coming to QPAC

A tumbling commotion of musicians and acrobats collide in an explosive collaboration of contemporary circus and music from the English Baroque.

Period music and contemporary acrobatics will again share the stage in a celebrated and popular Helpmann Award-winning partnership between Australian Brandenburg Orchestra and Brisbane’s very own contemporary circus ensemble, Circa.

English Baroque with Circa is a part of the Australian Brandenburg Orchestra’s 30th Anniversary celebrations and will dazzle Brisbane audiences on 21 May.

After previously crafting acclaimed shows around French and Spanish music, Brandenburg Artistic Director Paul Dyer and Circa Artistic Director Yaron Lifschitz have devised a brand-new show to conceptualise the English Baroque into an explosive and thrilling collision of music and circus.

“Working with Paul is always an amazing adventure,” says Yaron.

“He brings talent and energy and joy to everything he does and his spirit is manifested in the Australian Brandenburg Orchestra. Ours are always meetings of great delight.”

“On one enchanted night, the worlds of the court, the bedroom, the chapel and the fairground all get bathed in magical moonlight,” Yaron adds.

“Playful, lyrical and rambunctious, the show brings the different worlds of the English Baroque together for a night of beauty and pleasure.”

The musicians will play a pasticcio created by Paul and Yaron that brings together music from 16th and 17th-century England by composers Purcell, Dowland, Corelli and Handel, as well as traditional tunes such as Scarborough Fair and The Garan Mother’s Lullaby.

Appropriately for an anniversary year, another significant and important Brandenburg collaborator returns for English Baroque with Circa .

ARIA Award-nominated soprano Jane Sheldon first sang on the Brandenburg stage as a teenager, having already starred with the Sydney Children’s Choir and released her first album with ABC Classics .

Jane has recently returned to live in Australia after a decade living and working in New York, where The New York Times praised her ‘full-on vocal virtuosity”.

She last sang with the orchestra during its 25th anniversary celebrations.