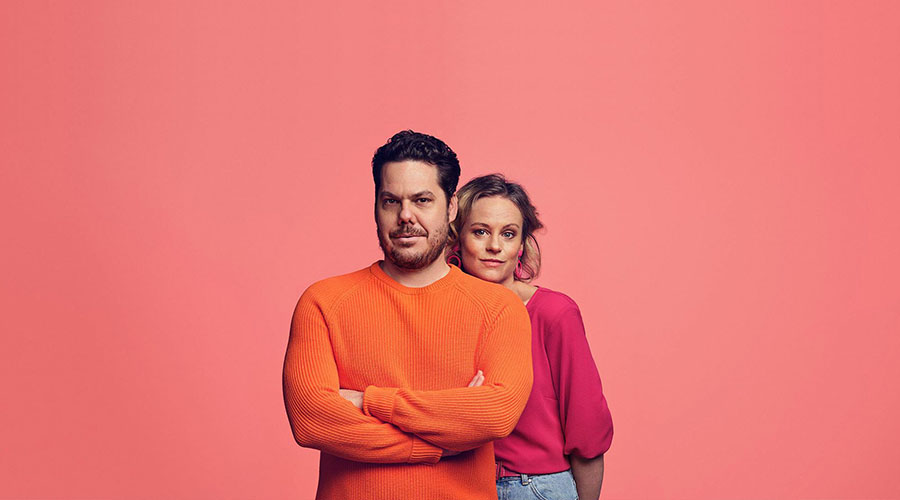 Emerald City is coming to Brisbane this February

In 2020, Queensland Theatre celebrates 50 Seasons of Stories and, in a fortunate coincidence, it is also marks 50 years of play writing for the indomitable David Williamson, the most produced playwright in the history of Australian theatre.

Says Sam Strong, “I have wanted to direct this play for many years. Over half a century David has written many extraordinary plays but Emerald City must rank as his finest comedy. It is very funny and is rich in ideas as well as being a complex and relatable relationship story.”

Emerald City tells the tale of a creative couple, publisher Kate, played by Nadine Garner (TV’s The Dr Blake Mysteries, City Homicide) and screenwriter Colin portrayed by Jason Klarwein (QT’sHedda, Once in Royal David’s City, Macbeth) who move to Sydney to pursue their careers. There they are confronted with an age-old dilemma about staying true to their principles or selling out.

Sam Strong elaborates, “Emerald City is a vivid portrait of the era that was late 1980s Australia. It captures the unique optimism, the entrepreneurial spirit, and the evolving sense of the importance of Australian (rather than international) stories. David Williamson, with his usual flair and insight, uses this specific context of late 1980s Australia to explore universal themes that transcend the play’s original setting. Emerald City is a riff on the classic Faustian pact – a play about what we are prepared to sacrifice to get what we want.”

Playwright David Williamson said Emerald City was as relevant today as it was 30 years ago when it was written.

“Human nature doesn’t change.  The hunger for fame and recognition eating at our two married protagonists, Colin and Kate,  is a need that still consumes many of us.  The competitive struggle at the heart of many marriages is just as prevalent.  The rivalry between Sydney and Melbourne is just as strong as ever,  and the human comedy – our ability to make fools of ourselves – never diminishes.”

“Before my stage career took off I was headed for a career as an academic psychologist whose research area was social psychology – the study of the way we influence each other’s behaviour as a result of our highly social nature, our need to be accepted and admired, and our ability to use language to attain our ends by deceiving others and often ourselves.

“It’s still my obsession, and what I have continued to investigate on stage.  Luckily for me, it’s something audiences find very interesting, as it relates directly to the social milieu they have to negotiate every day of their lives.”

He said he was looking forward to seeing his play under the direction of Sam Strong. “Sam is a director with a great ability to understand the essence and to realise the potential of any script he works with.  He has style, flair, casts brilliantly and imbues his productions with clarity and theatrical momentum.”

Sam Strong added he was excited about the cast for Emerald City. “I couldn’t be more delighted about the cast we have assembled – it’s a dream team of some of my favourite performers to tackle one of my favourite plays. I’m thrilled to be working with a cast who have the comic chops to make the play as funny as it should be, but who are also able to do justice to the complexity of its ideas and relationships.”