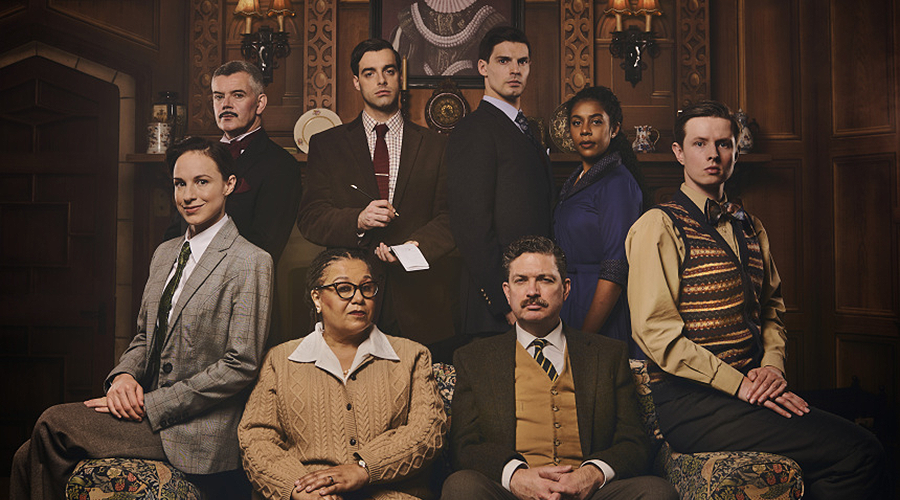 Agatha Christie’s The Mousetrap is coming to QPAC this November!

This iconic play will have a short season at the Playhouse, QPAC from 4 November following its premiere at Theatre Royal Sydney.

The Mousetrap will be directed by Australian theatre icon Robyn Nevin, with costume design and associate set design by Isabel Hudson, and lighting design by Trudy Dalgleish. The Mousetrap is produced by John Frost for Crossroads Live Australia.

“I’m thrilled with the overwhelmingly positive response to the news that The Mousetrap will be playing in Australia to celebrate its 70th anniversary,” said John Frost. “Robyn Nevin has assembled a stellar cast for this new production of an enduring and much-loved murder mystery. Will you solve the mystery and pick the murderer?”

The Mousetrap had its world premiere on 6 October 1952 at the Theatre Royal, Nottingham. After a brief tour, it opened in London’s West End on 25 November 1952 at the Ambassadors Theatre, where it ran until 23 March 1974. It immediately transferred to the larger St Martin’s Theatre next door, where it continues to this day.

The longest-running West End show, it has by far the longest run of any play anywhere in the world, with over 28,500 performances so far. The play has a twist ending, which the audience are traditionally asked not to reveal after leaving the theatre.

Agatha Christie originally wrote the story as a short radio play entitled Three Blind Mice, which was broadcast in 1947 as a birthday present for Queen Mary. She eventually adapted the work into a short story before again rewriting it for the stage as The Mousetrap. Ironically, Christie did not expect the play to run for more than a few months and stipulated that no film of The Mousetrap be made until at least six months after the West End Production closed. 70 years on, as the show continues its historic London run, a film adaptation looks unlikely at this stage.

“A masterpiece… Of all the stage versions of Christie’s books, The Mousetrap is by far the best.” – The Chicago Tribune

“The cleverest murder mystery of the British Theatre. I think The Mousetrap could run forever” – Daily Telegraph UK

“Even more thrilling than the plot is the atmosphere of shouldering suspense. No one brews it better than Agatha Christie” – Daily Express

After a local woman is murdered, the guests and staff at Monkswell Manor find themselves stranded during a snowstorm. It soon becomes clear that the killer is among them, and the seven strangers grow increasingly suspicious of one another. A police detective, arriving on skis, interrogates the suspects: the newlyweds running the house; a spinster with a curious background; an architect who seems better equipped to be a chef; a retired Army major; a strange little man who claims his car has overturned in a drift; and a jurist who makes life miserable for everyone. When a second murder takes place, tensions and fears escalate. This record-breaking murder mystery features a brilliant surprise finish from the foremost mystery writer of all time.

For 70 years, Agatha Christie’s The Mousetrap has kept millions of people from every corner of the globe on the edge of their seats. It is the genre-defining murder mystery from the best-selling novelist of all time … case closed! Can you solve this world-famous mystery for yourself?