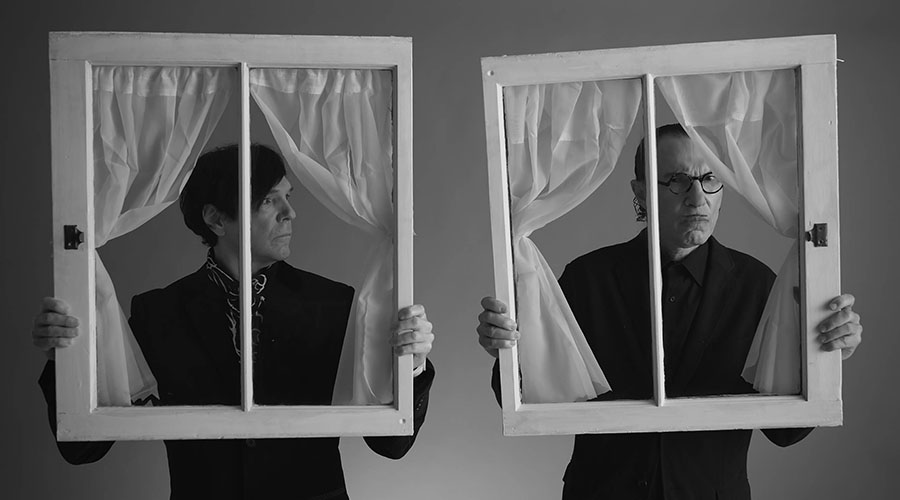 Edgar Wright’s love letter to the band Sparks is a fascinating look at two world-class weirdos and tries to provide answers to the unanswerable question, Is popular music art or commerce? The art in question is the musical output of a band with an over fifty-year history of confounding critics and audiences alike.

Along the way, they have helped to invent numerous musical styles that other bands have used to find great financial success while the Mael brothers, Ron and Russell have experienced no real sustained financial or popularity benefit. Their change styles at will approach have made them outsiders but influential to other members of the musical community with both the press and their peers taking a closer look.

With their sustained creative efforts over the years (25 albums and counting) and a visual sense that often bordered on the absurd, they are still best known for brother Ron’s Hitler moustache and expressionless stage presence. This film goes a long way to proving that there is real flesh under those skinny skin and bones.

If nothing else The Sparks Brothers prove that few directors have a better feel with music in film than Edgar Wright. His previous work with Baby Driver and Scott Pilgrim vs. the World help to support this hypothesis. It’s wonderful that he got to sprinkle some of his magic dust on a musical act so deserving of his and our attention.
Rob Hudson