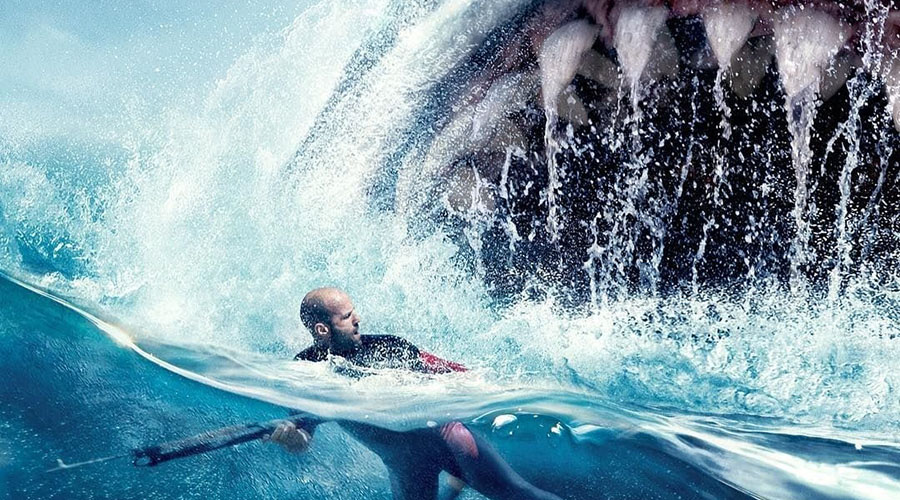 Is there anything that Jason Statham can’t do? Make the world safe from a thirty metre long shark that is threatening the high seas, no problem. Drink copious quantities of beer while chilling on a beach in Thailand, done. Save the atrocious dialogue in The Meg from being laugh out loud funny? Well maybe there are things that are just that step too far.

A research station located in the middle of the ocean houses a crew that find a new area that is even deeper than the Mariana Trench. During their exploration they unknowingly unleash some new horrors from the depths. When things get out of hand and they have no one to turn to, they dial up good old JS to save the day.

To say that the dialogue lets down the side of this work is to miss the film’s intension. It plays out as more of a comedy than an updated version of the scare classic Jaws and in that pursuit it scores quite a number of bullseyes. When it misses though, it misses big.

When the chips are down, really down and everyone you thought was going to end up being gobbled up by the behemoth is part of its digestive tract, it’s time for Statham to unleash his big guns. So between JS and multiple rolls of duct tape, the high seas are once again safe for the living things both big and small that reside in the water.
Rob Hudson
www.facebook.com/MegMovie