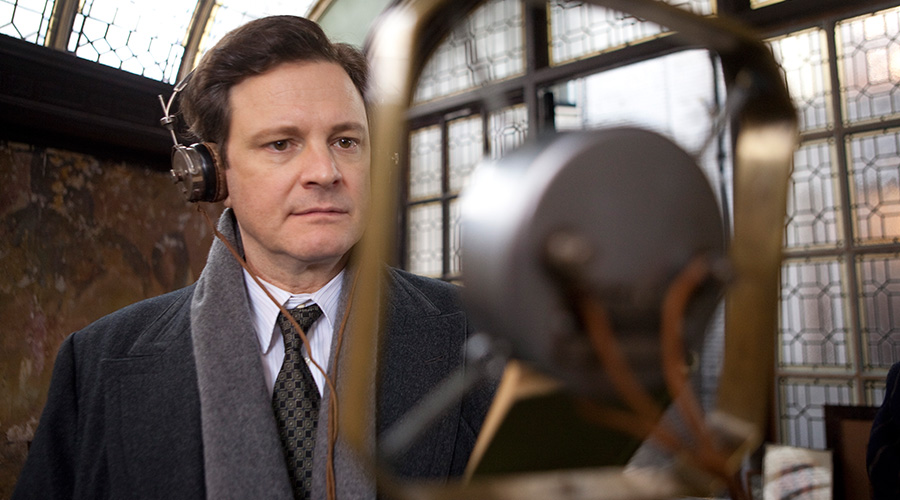 Proving to be an exception is so many ways, The King’s Speech is one of those very rare films that succeeds brilliantly without pandering to its audience in any way. It is superbly cast and the quality of the actor’s work is transcendent. It is also unafraid to tell an adult story without the usual dumbing down of its dialogue and storyline.

The film tells the tale of King George the VI (Colin Firth), the British royal who took over the crown under the most amazing of circumstances. It followed his brother David (Guy Pierce) and his abdication of the throne so he could marry the divorced woman Wallis Simpson and is set amidst the beginnings of World War Two. Poor George has a very bad stammer and must overcome this if he is to properly lead his people during these tumultuous times. He soon comes under the tutorship of speech therapist Lionel Logue (Geoffrey Rush) whose unconventional teaching techniques initially rub the royal the wrong way.

Watching two of the finest actors currently working in film riffing off each other is fascinating and the script by David Seidler gives them both the ammunition to really ignite the story line. There are so many moments of real humour and real pathos and none of them feel like cheap manipulations. The film drew in all members of the audience.

If the trend towards mainstream films being aimed at progressively younger audience members leaves most adult viewers out in the cold, the powers to be should drop into a local Cineplex and see the full seats of an all ages audience enjoying this jem. Might make them re-evaluate that unfortunate trend.