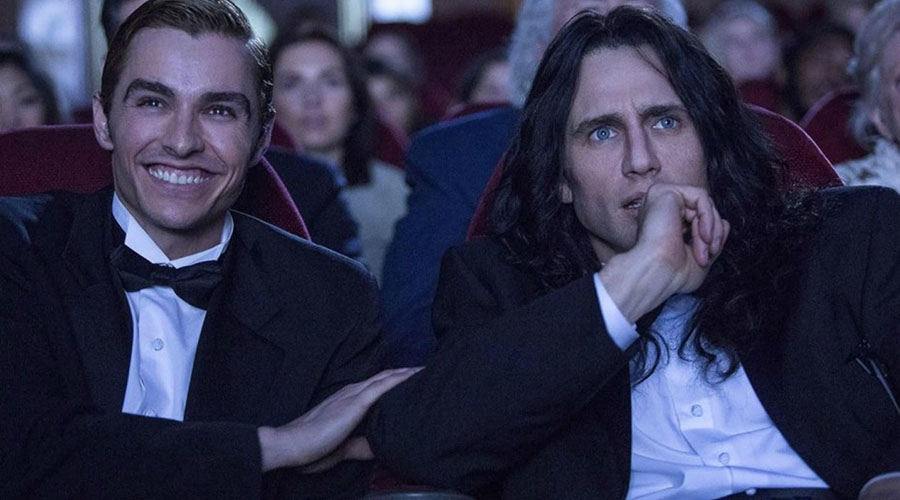 Before viewing The Disaster Artist, it helps to know a little bit about a film called The Room. That film consistently rates highly (or lowly) in film geek’s lists of worst movies ever made. It is a riot of bad acting, scattered dialogue and strange plots points that arrive and then disappear, never to be seen again. It has become a cult classic and features prominently on many indie cinemas midnight screening schedule.

Now using one of the most unintentionally funny films of all time as fodder for a film about a film has yielded comic gold. James Franco nails the role of The Room’s creator Tommy Wiseau (minus the middle age creepiness) and has never been more fearless or funny. It’s also a family affair and features his brother Dave as a co-lead actor.

The Room was beyond bad and feels as if it was alien in origin while The Disaster Artist feels Hollywood through and through. From its star laden cameos to the Franco brothers act, they both originated from different worlds but both generate huge laughs. The film also never devolves into snide commentary and treats Tommy Wiseau fairly.

Don’t worry if you are yet to see The Room as at film’s end there are some side by side scene comparison that put the current crazy in context to the fractured past. The Disaster Artist is a blast and should not be missed.