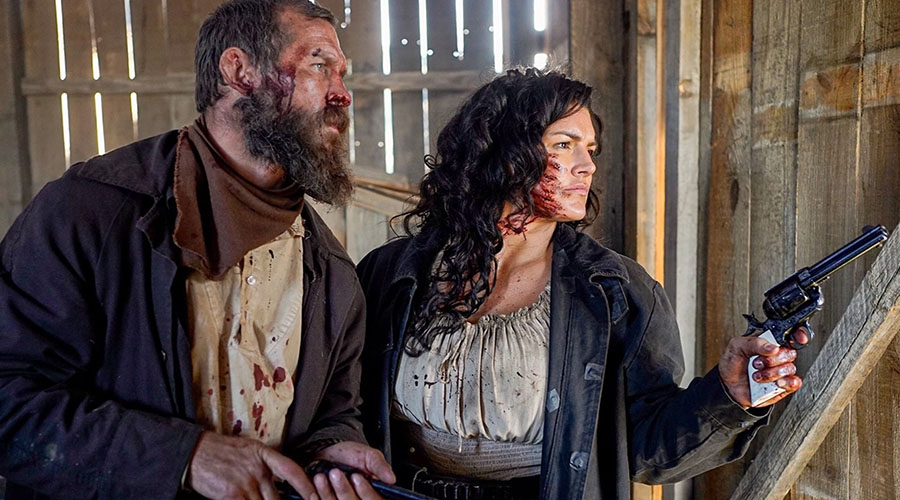 Terror On The Prairie Movie Review

From the first scene, you can tell Terror On The Prairie is not for the faint of heart. Frontier justice is dealt out with no compunction and the harshness of the land is never far from view. Into this barren landscape arrives a pack of four killers led by The Captain (Nick Searcy).

Left out on the vacant plains with only her young son and newborn daughter is Hattie McAllister played by Gina Carano (of Deadpool fame). She is one tough lady and when the Captain and his crew roll up on her homestead, she provides more resistance than they could have ever imagined.

What ensues is a standoff in the grand tradition of Westerns. The Captain and his men were on the losing side of the American Civil War and lost family and friends to the marauding Northerners after the war. The Yankee’s actions spur them on to exact revenge with little consequences to their mortal souls.

As more hard truths are revealed, it changes your perception of the motivations of the Captain and his crew. It’s to the film’s advantage that Hattie is shown to be the backbone of the family and her strength is paramount to her family’s survival.
Rob Hudson