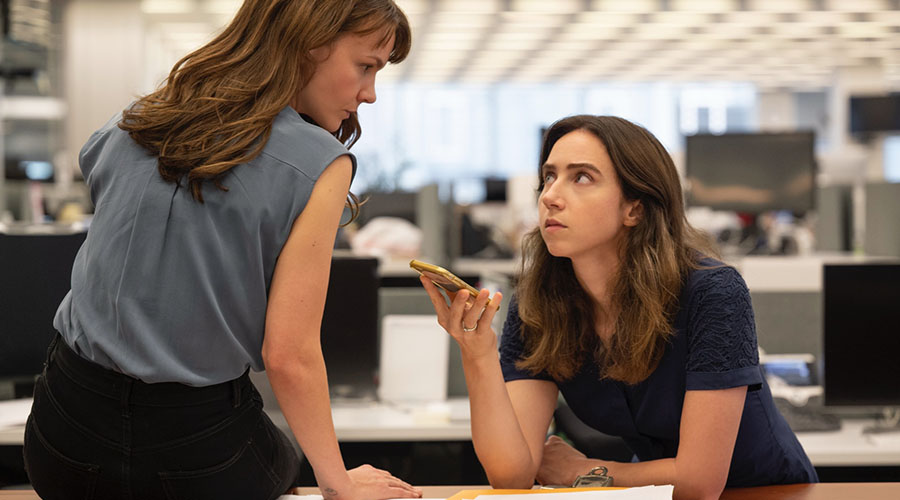 Getting past the route detective procedural feel is easy when the story behind it is so engrossing. A tale of a modern-day monster, Harvey Weinstein got away with decades of misdeeds until they finally caught up to him. His downfall helped spur the beginnings of the #metoo movement.

Change the gender and almost all of the victims in She Said could have been soldiers returning from war. They have been so traumatised by the harm done to them that just the mention of the name Weinstein brings a visceral reaction. Their PTSD is overtly visible.

Equal parts enthralling and appalling, The film illustrates the abuses of power that were protected by faceless people on high that have left all of its victims scarred for life. The evil spectre of Harvey Weinstein permeates every scene. Thankfully there are no reenactments of the actual crimes but this does little to lessen the impact of how egregious his transgressions were.

There is one scene in particular where it’s only Weinstein’s recorded voice haranguing a victim that tells you all you need to know about how much of a liar and sexual criminal he was. One had hoped that the downfall of such a high-profile bully would have heralded a seismic change in social values but unfortunately one still waits.
Rob Hudson