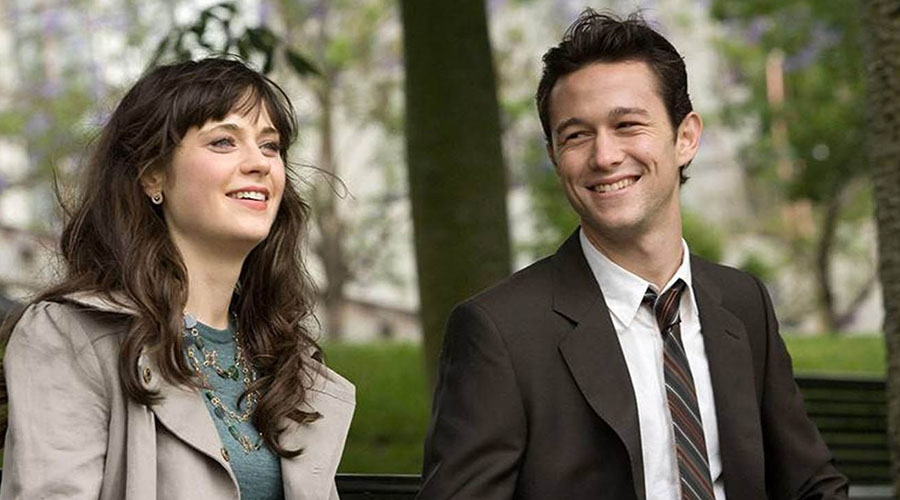 I guess it’s all in the timing. Meet the right person at the right time and bliss will ensue or at least it’s supposed to. This clever take on the traditional romantic comedy formula has enough intelligence and solid writing to distance itself from the pack.

Tom (Joseph Gordon-Levitt) works with Summer (Zooey Deschanel) and fanciers her but takes his time to get up the nerve to ask her out. When he finally does, we get to see the signs of a possible couple being formed at least on Tom’s side. Summer is a bit of a narcissist and never really feels the same way as Tom. He is so smitten he sees in her what he wants to see.

The inevitable break-up hits Tom hard and he goes through a long period of misery. Unfortunately there are a few too many moments when you want to reach through the third wall and slap some sense into him and just say “get over it boy” but writers Scott Neustadter and Michael Weber rescue most of these moments with redeeming scenes of humour or the forward motion of Tom’s growing maturity.

In a genre overflowing with product, (500) Days of Summer stands out by virtue of good casting, interesting non-linear editing and a charm that saves the day. Good choice for that first date or even a return engagement, the kind that you hope will last at least until breakfast.