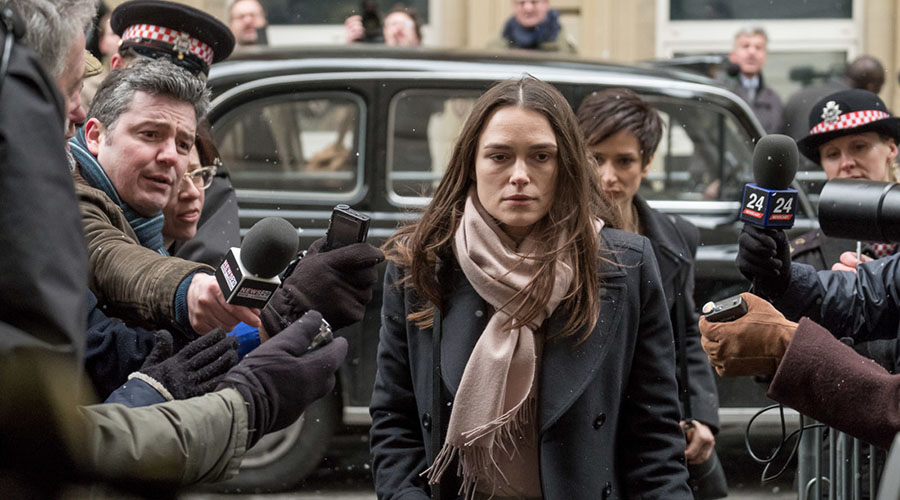 With a presentation that almost felt like a documentary, Official Secrets tells a dynamic story in a most subdued manner. Time has worn down the sharp edges of anger towards Bush Jr’s illegal invasion of Iraq in 2003 and presenting that story this late in the game has dulled some of the impact.

The film also does little to stir the blood about the outrage of the unnecessary military action and its human cost. It relies too much on your memory of the actual events of the time. In the written coda at film’s end it doesn’t even mention the fact that after all was said and done, no weapons of mass destruction were even found.

Most of the performances are fine and the emotion is delivered in that oh so quaint and subdued British manner. The strength and resolve of the real Katharine Gun is hinted at by Keira Knightley‘s performance but never fully realised. Ralph Fiennes is however convincing as her lawyer Ben Emmerson.

Set against the larger context of the daily intrusions into our privacy and civil rights by the big government apparatus, it’s an important story. A little homework on the real event before seeing the film would most certainly add context and increase its impact.