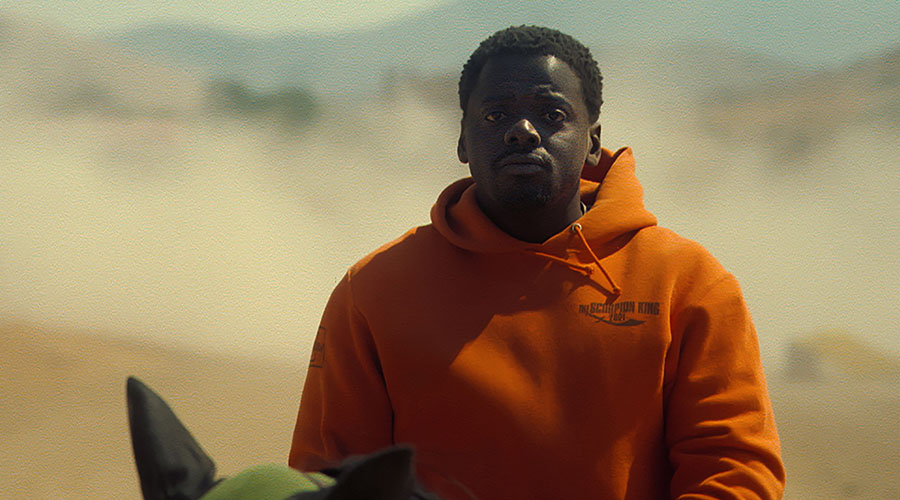 Not comfortably fitting into any one genre, Nope uses elements of many to tell a multi-faceted story. Its suspense elements are what defines it on the surface and this is brought to the forefront by its pacing. It gives little at first and dovetails many strands into its narrative.

The film starts with a fictitious reenactment involving a real-life chimpanzeeTV star named Travis who infamously mauled a friend of its owner. This event makes more sense as the story evolves. All the events in the first reel have connections and consequences to actions that take place as the film progresses.

Jordan Peele who wrote, produced and directed the film always builds many layers of meaning into his work and this is among his more deeply nuanced projects. It may be about the brutality of the police towards those of colour or how the idea of Hollywood eats and destroys more than it creates or then again it might not.

While Nope is far from straightforward, it gives you much to dwell on at its conclusion. There are deep levels of subtext to decipher and it’s down to your own deductive capabilities. It’s also a blast to read up on others’ takes as the expansion of the themes present is fascinating.
Rob Hudson
www.facebook.com/UniversalPicturesAU/