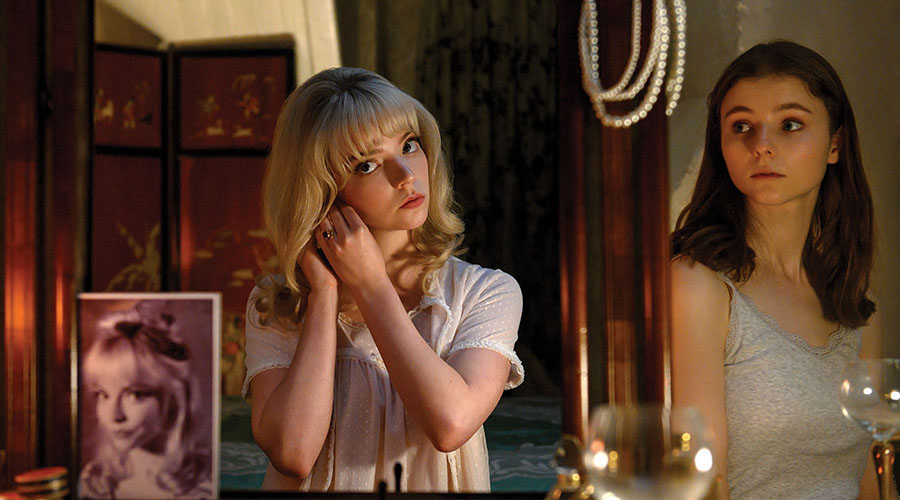 Edgar Wright continues his excellent use of music as both a plot device and to drive the narrative forward in this assertive horror/thriller. This time he dips into the rich pool of songs from the sixties, not the more obvious ones but deep cuts from acts such as The Kinks, Dusty Springfield, Peter & Gordon, The Searchers, and more. These tracks fit the intended timeline like a glove.

The story while set in the present uses a clever plot device to go back in time to London (specifically Soho) in the swinging sixties. The dress code of the period is also brought to full colour as are the rocking hairstyles. The overall effect is quite intoxicating and it highlights how bland and limiting the current sense of fashion can be.

Eloise “Ellie” Turner (Thomasin McKenzie) is a countryside girl who follows her muse for fashion by moving to the West End of London after being accepted into the London College of Fashion. After clashing with her college roommate Jocasta (Synnove Karlsen) she secures an upstairs room at a house run by Ms. Collins (Diana Rigg). This is the point where her troubles begin.

As Ellie’s life spins out of control, the film switches into horror mode and packs several powerful surprises into its narrative. Wright’s sure hand at the tiller elevates what could have easily become just another genre picture into something much more entertaining. This film also sadly marks the last on-screen performance of Diana Rigg and Margaret Ann Nolan. The film is dedicated to those two fine actors.