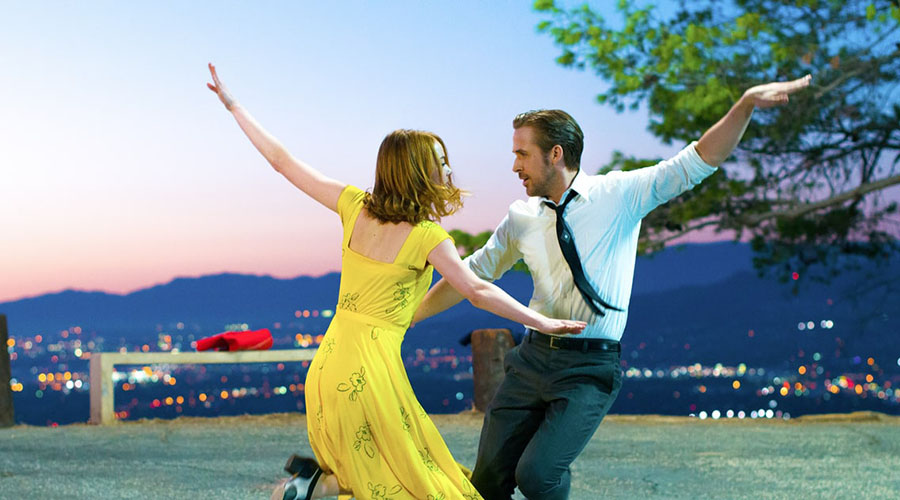 Landing in Australian theatres just in time to close out the year, La La Land highlights what a predictable year it’s been for Big Studio output in 2016. This throwback to another era shows how much fun and true emotion can be found outside of sequels, franchise films and superhero romps. Who would have thought a musical (of sorts) would be one of the freshest Hollywood films of the year?

The casting pays real dividends as Ryan Gosling and Emma Stone are perfectly cast and their on-screen chemistry is palpable. The film is also quite clever in its sometimes non-linear structure and the what ifs? provide the audience with more than one view of the on-screen proceedings. It’s clever in a way that doesn’t draw attention to itself in that look at me kind of way.

The story involves living in Los Angeles, being so close to grabbing the brass ring of success and what actually constitutes that success. That the film is satisfying on so many levels is down to a great script, assured direction and a structure that sells people breaking into song without pages of provocation. The songs are also a engaging example of what can be done with song and dance.

La La Land is a wonderful date flick (with tears flowing from some members of the audience) and provides a comforting sense of escape, if only for a few hours. With all the horrors of the year still fresh in one’s mind, what could be a better way to spend the time?