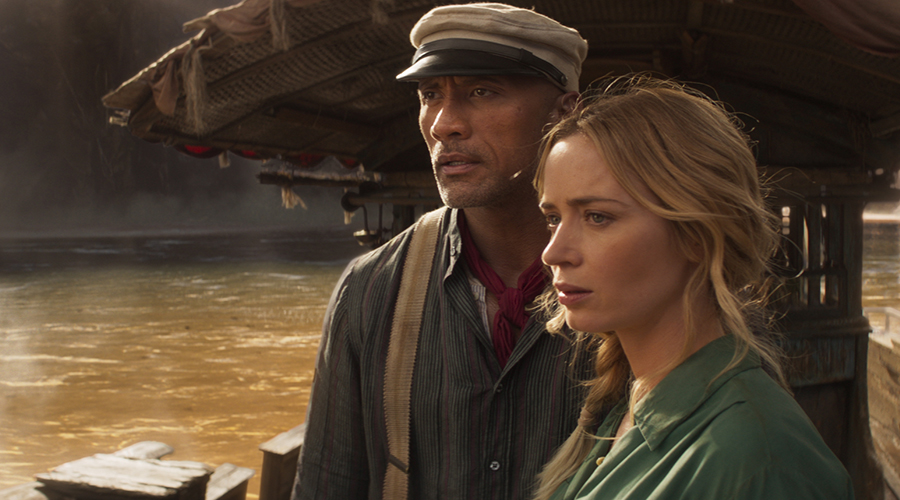 The latest film version of a Disney park ride provides a rollicking good time and an example of contrasts. It’s very imaginative with its scenarios but pedestrian with the way it handles the dynamics between characters. It also misses a chance to make a strong statement about female empowerment with its final resolve.

With previous film adaptations like the Pirates of the Caribbean franchise, the park ride only provides a mere suggestion of storyline and here they have taken it to the extremes. It has given Mr. Johnson the chance to really ham it up and Ms. Blunt an opportunity to be one badass señorita. Their interpersonal relationship is played mostly for laughs.

The storyline revolves around a secret flower pedal that could help save mankind from illness and a curse that has entrapped a group of conquistadors for hundreds of years. It also gives Jesse Plemons the chance to unveil the worst accent ever as the German aristocrat Prince Joachim. Paul Giamatti doesn’t hold back in the bad accent wars as well.

It’s disappointing that after building up Emily Blunt’s character Dr. Lily Houghton as a self-contained, self-confident superwoman they felt the need to couple her up with Johnson’s Captain Frank “Skipper” Wolff in the final scenes. It would have played out so much better if she had kept her independence. That aside Jungle Cruise is a fun bit of escapism that could have entertained and provided a signpost of female self-determination.