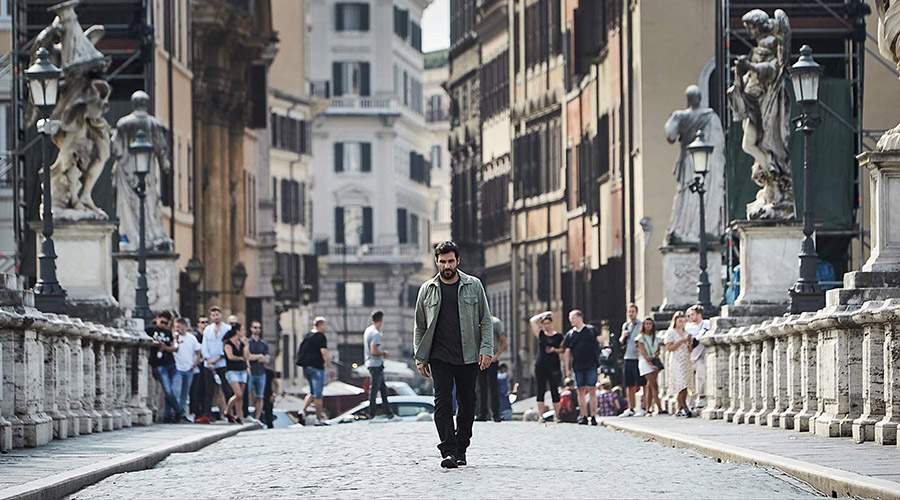 From the opening scene of a movie within a movie that sees actor, Edoardo Leo as himself questioning the details and effect the assassination of Cesar had on history, the film is off to a unique start. This quandary sends him away from the set and on to a journey to come to terms with the yesteryears of this ancient city.

Framing the tale of Rome around an actor playing Cesar and explaining the events surrounding that tragic leader’s fate is a novel way to begin a documentary on the history of the Roman Empire and its most famous city. Power of Rome takes liberty with form in its attempt to add something new to a much discussed topic.

After Leo walks off set he is soon found by a member of the film crew played by Giorgia Spinelli. As they take a scooter ride around the local streets they begin to talk about its history. While on their journey they argue over the impact women had on the empire and her strong opinions on the subject. it’s refreshing to get a female perspective if only for a short time. Afterwards he Is left to wander the city alone. He shares the tales of its past in a voice over.

This narrative style is delivered more like friends chatting than a scholarly thesis. The conversation is interwoven with live recreations of several important events in Roman history. It helps with momentum that this period of time was so rich with intrigue and the wild swings of political intent, self-interest and unbridled hubris. The parallels with today’s world events are fascinating.
Rob Hudson

The Italian Film Festival runs in Brisbane from 21 September – 19 October and will take place at the Palace James Street and Palace Barracks cinemas.