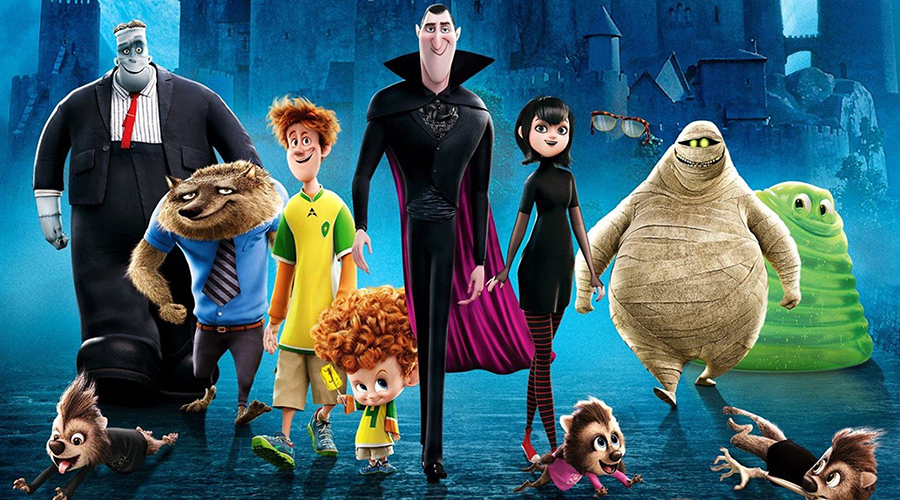 2012’s Hotel Transylvania isn’t a heavyweight in the children’s movie genre but it had its moments.

It was littered with mildly funny gags referencing classic horror films, blended with a modern yet ironically timeless grrrl power theme about a grown-up daughter, Mavis (Selena Gomez), rebelling against her old fashioned father, Dracula (Adam Sandler), for her right to make her own way in the big bad world. Drac also has to learn to accept Mavis’ choice of partner; in this case, a normal human, Jonathan (Andy Samberg). Hotel Transylvania 2 goes one step further in this ethos and this turns out to be a tiny step too far.

This time around old-fashioned Drac applies his preconceived expectations on his grandson and struggles to accept his new normy in-laws. Anxious that his grandson will be normal not monster, Drac and his monster buddies strongly encourage the tyke towards the latter with predictably goofy results. With typical sequelitis symptoms, the film reruns much of the same sentiment as its predecessor and feels correspondingly stale.

The film does feature a villain but he doesn’t come into effect until the final act and is, naturally, despatched by the end of the final act, so there is little tension created through the bulk of the film.

With no significant new characters introduced – the grandson isn’t so much a character as a McGuffin for Drac to bounce off – the film relies solely on it’s new plot which is lite in tone and content. As a result, the movie feels distinctly episodic rather than a standalone feature film. Straight to home video would have been more appropriate than a cinematic release.