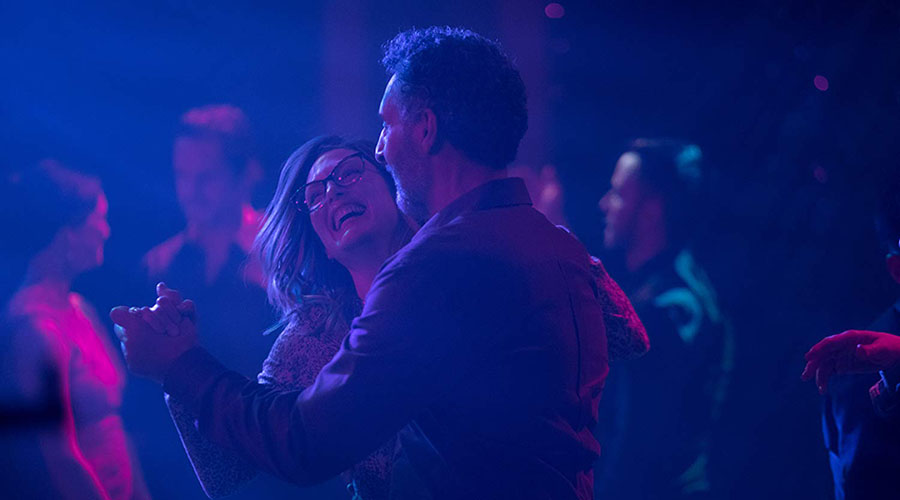 Gloria (the ever luminous Julianne Moore) is a fifties something divorcee who is sliding into middle age with her free spirit intact. She lives alone but is still close to her two children. She is unafraid to put herself out there and one night while out clubbing by herself meets the recently divorced Arnold (John Turturro). Thus begins a relationship between the two.

This film is far removed from your typical girl meets boy scenario. The acting is superlative throughout and the script delves deeply into what becomes of one’s life when they enter the second major chapter. It also examines how difficult it can be to re-create one’s self for that second chapter.

Arnold cares for Gloria but is trapped by the tentacles of the previous relationship with his ex-wife but also by the demands of his two needy daughters. The two have reached adult years but not adulthood. Their insistent phone calls and petty problems create a wedge between the two and Gloria calls Arnold out on it.

It’s in the retelling of the up and down relationship that the strongest comments are made about how unrealistically most relationships of this type are portrayed in film. Gloria is a very strong person and she makes compromises to alleviate her loneliness but her internal strength eventually wins out. An on-screen character this well written delivered by an actor with exceptional talent is always a winning combination.