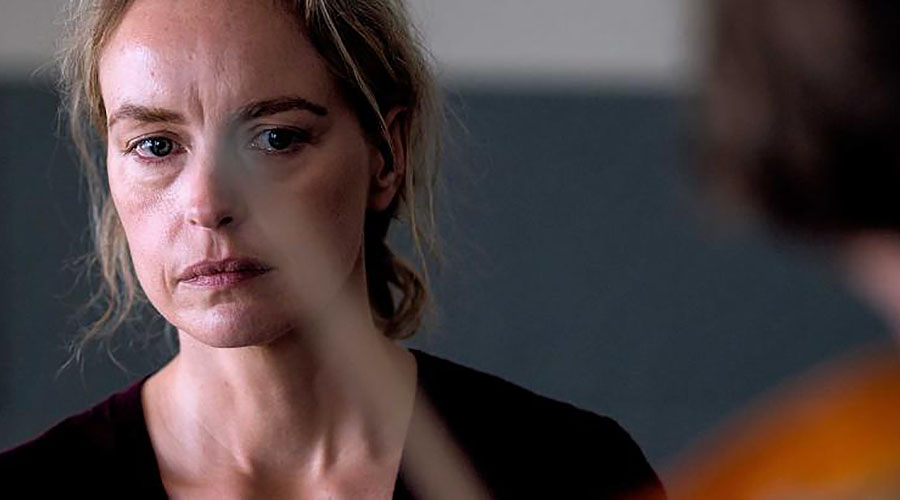 German actor Nina Hoss, recently seen on Australian televisions as Detective Elsie Garten in the thriller Shadowplay expands her range once again by playing Anna Bronsky, a mother with multiple issues. The reality of her existence is never less than interesting in this slice of German life.

Anna is a bit of an enigma as she has the pieces of modern-day life that most would be satisfied with. A home, job, understanding husband, and precocious young child. Her centre is just slightly askew. Her job as a violin teacher at a Conservatoire gives her little confidence or pleasure.

When she comes into contact with a young student Alexander (Ilja Monti) she sees things in him that others don’t. Her obsession comes to full fruition and in so doing, she alienates all those around her including Alexander. The film presents these activities with little principled opinion and evil actions often have seemingly few consequences. You have to find a place in your own morality for this film’s message.
Rob Hudson

Presented by Palace, the German Film Festival will screen the best new films from Germany showcasing Festival favourites, works of auteurs and the best new talent.

This year’s programme, presented in association with German Films, will screen from 25 May – 20 June at Palace Cinemas across Melbourne, Sydney, Brisbane, Byron Bay, Canberra, Perth and Adelaide.

The Audition is playing in Brisbane as part of the German Film Festival: