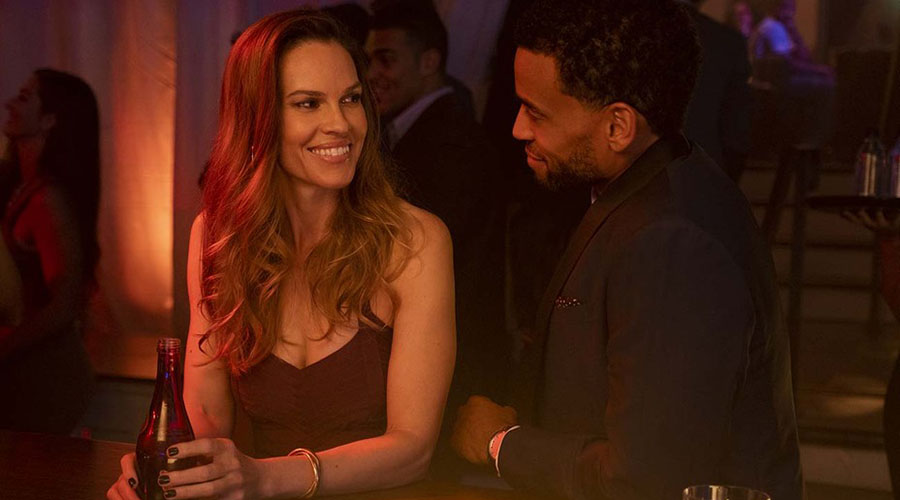 What goes on in Vegas doesn’t always stay in Vegas. When Derrick Tyler (Michael Ealy) has a one-night stand in the city of lights, little does he know the effect it will have on the rest of his life. Derrick is living large. He runs a successful athlete management firm in Los Angeles, has a beautiful wife, lives in a multi-million dollar pad, and drives a Lamborghini.

He escapes to Las Vegas for a bachelor’s party where he strays from the missus and hooks up with Val (Hilary Swank) for a night between the sheets. He gets an inkling of her crazy in the morning but escapes relatively unscathed. That is until he runs into her again when his house is broken into and she turns out to the detective assigned to the case.

Thus begins a cat and mouse game where Val gets to unleash some seriously deranged activities that are all geared towards manipulating Derrick into her evil plans. The film highlights style over believability and never lets you leave its fantasy world of flash clothes, fast cars, expensive lifestyles, and beautiful people.

It also overstrains your sense of disbelief. It tries from time to time to tether its activities in a world of reality but does so unsuccessfully. Best just to get lost in the hyper-cool of it all and enjoy its elaborate forward momentum. This is Fatal Attraction for the new generation and tries its best to overwhelm the audience with flash, not substance. But be assured that no rabbits were harmed in the making of this film.
Rob Hudson
www.facebook.com/UniversalPicturesAU