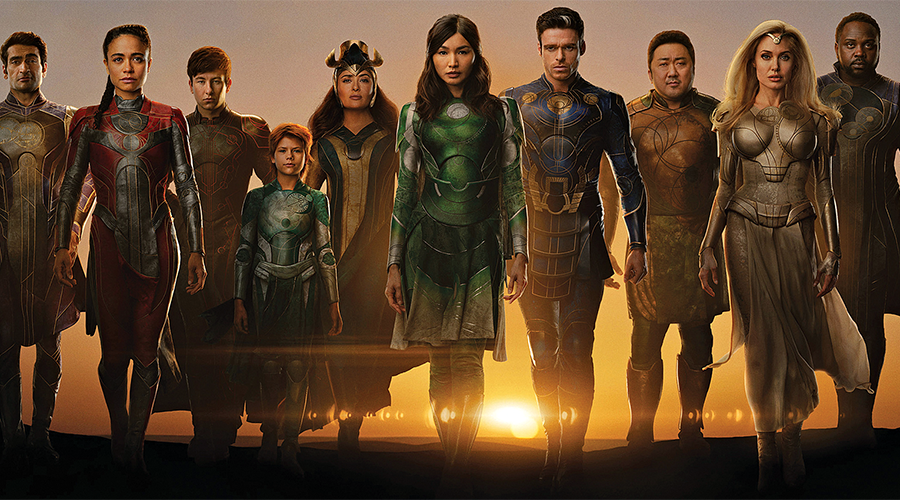 Writer/director Chloé Zhao was given a mammoth task with Eternals. Her previous work with Nomadland and The Rider showed a deft touch with singular characters but tackling an ensemble piece especially one this dense and filled with players was going to be a real challenge. She was also given 157 minutes to do so and that amount of time seems excessive.

The balance between exposition and action feels out of kilter. There are ideas and plot devices that can’t be fully expressed in mere sentences and the Marvel movie’s proclivity to build to a spectacular final reel seemed unavoidable. This does little to enliven the final results.

The expansion of ideas taps into some interesting avenues and things look dire for most of the human race until the final crescendo. That there is hope for humankind by film’s end is of some redemption.

As far as origin stories go Eternals sets itself a heavy task for future films as one struggles this time to retain character details, names, and actions. The feeling of this work being relegated to being just an extended trailer for what comes next is difficult to overcome.