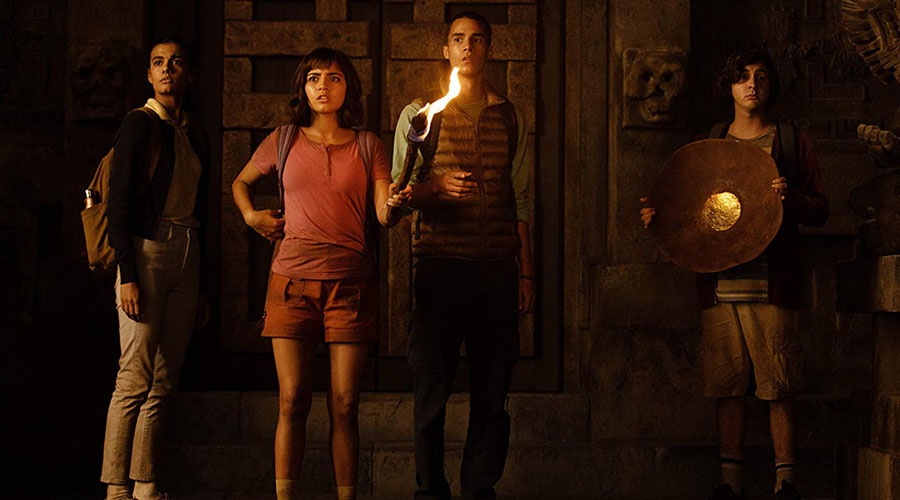 Dora and the Lost City of Gold Movie Review

Bringing Dora to the big screen was accomplished via the conversion to the live action format The early story arc is a fish out of water tale as Dora is sent from her home in the jungle to live in the city and attend high school. Her relentless optimism is not easily absorbed and she becomes a point of ridicule. It to the film’s benefit that her intelligence is not watered down for her to fit in.

Through a rather contrived circumstance, Dora and some of her classmates are kidnapped and transported to the jungle to help find her missing parents, who are on quest to find a lost city of gold. The film then turns into a trek through the jungle action yarn with a few surprises.

The best of these is a scene where the airborne spores from a patch of giant flowers dose the group and during their hallucinations turns them into the original cartoon characters. It is imaginative and quite funny. Might take a little expanding to the little ones though.

Dora and the Lost City of Gold replaces the education elements of the animated series with the wonder of the real world, with a bit of magic thrown in for good measure. If this approach instills in the kids a sense of wonderment in the actual outdoors, it can be considered a success.