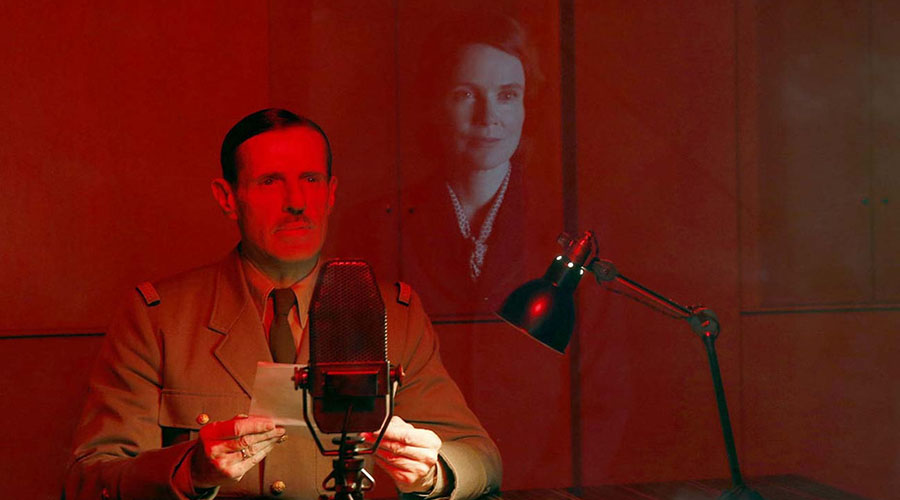 Wisely reducing the focus on a life with an incredible number of achievements to a singular timeframe allows the film De Gaulle to hit its mark. The life and times of Charles de Gaulle were ones of historic importance and symbolic of French pride. Here the spotlight is placed on the few weeks when De Gaulle’s self-belief and political ambitions were put fully to the test.

June 1940 saw the threat to France from the Nazi war machine massively escalate and many in the French government thought that capitulating to Hitler was the only way to save the country and its people from almost complete devastation. de Gaulle was in the minority in wanting to present an aggressive and optimistic approach to the battle with the German troops.

He believed so strongly, he left his country and young family behind in France as occupational forces overwhelmed the country to travel to England in an attempt to rally support from the British and to strengthen the resolve of the French people in their resistance. His efforts alienated him from his fellow ministers and even lead him to being branded a traitor and having warrants issued for his arrest.

Lambert Wilson plays Charles de Gaulle with the stubbornness and implacable nature that he was famous for but the film also highlights his love for family and especially his daughter Anne who suffered from Down’s syndrome. This multiplicity was at the heart of this complicated and historically important man. De Gaulle once said to Winston Churchill that the French people thought he was a reincarnation of Joan of Arc, to which Churchill replied that the English had had to burn the last one.
Rob Hudson