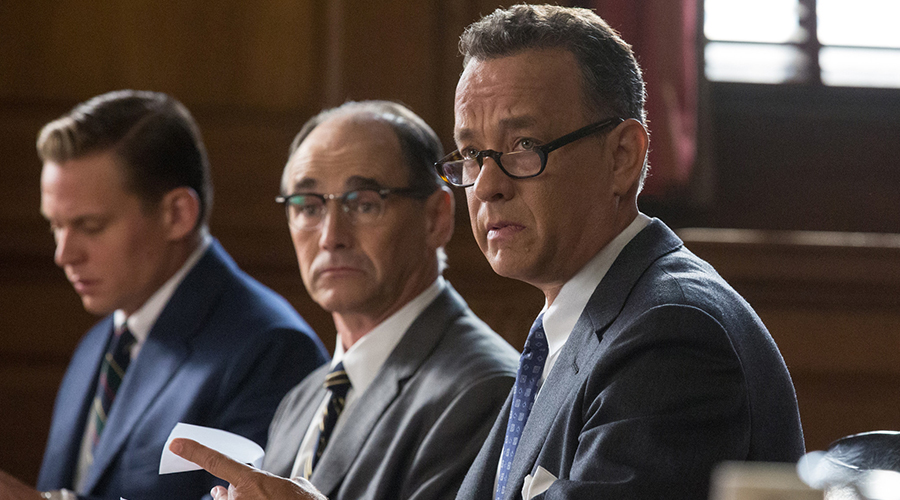 Tom Hanks continues his transition from being a movie star into a great character actor with his solid performance in Bridge Of Spies. The film takes a liberal view of the actual facts but nonetheless is very effective at establishing the tone of the times.

Based in the murky waters of the shadowy world of espionage back in the late fifties, the film does an admirable job of keeping the audience in the know. There was such a litany of enemies (both real and perceived) of the American way of life presented back then that the story could have easily diffused into myopic rubbish. It steers mostly clear of easy slogans.

Hanks plays super hostage negotiator James B. Donovan as he tries to trade a Russia spy to secure the release of Gary Powers, the pilot whose U-2 spy plane was shot down over the Soviet Union. It’s to Donovan integrity and force of will that he also secures the release of an American student caught in the cross hairs during the erection of the Berlin wall between the East and West.

Director Steven Spielberg keeps his proclivity for emotional overstatement to a minimum and takes full advantage of a sharp screenplay by Matt Charman and the brothers Coen, Ethan and Joel. The film holds your attention and keeps you on the edge of your seat until its conclusion.