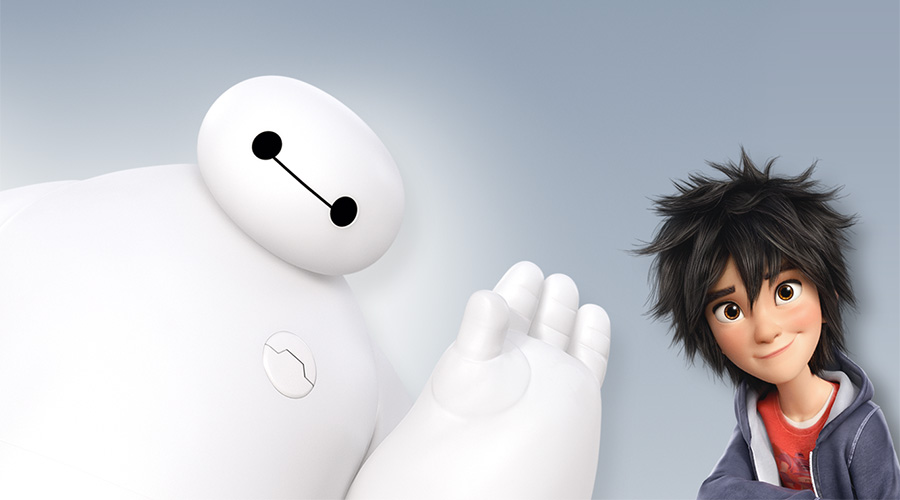 Disney’s cinematic adaptation of Marvel’s Big Hero 6 markets itself off the back of Wreck-It Ralph and Frozen but it is an inferior film to both of those movies, lacking the intergenerational appeal and depth of those predecessors.

Big Hero 6 is all just a bit ‘kiddie’ and twee compared to its contemporaries. Yes, this is a kid’s movie but after all the intergenerational ‘kids’ movies we’ve had from Pixar and others, a plain ol’ kids movie barely cuts it anymore. The beauty of intergenerational children’s films is not just that they entertain the kid’s parents but that children will find them enriching as they get older and the adult themes open up to them. Pixar’s Up being the prime example thus far. So there are few reasons not to do it.

The other issue with Big Hero 6 is that it follows what are probably the story’s least interesting characters. Baymax is a benign creature with a benign personality, not a great start for creating a character of interest. Sure, he’s kind of cute, but that wears thin quickly. And Hiro (our hero) is an off-the-rails orphaned youth with authority issues who, after the death of his brother, finds direction in his life. It’s an oft-used narrative that adds little to a well-traipsed formula beside said benign robot.

The female characters in it, however, GoGo and Honey Lemon, are both more interesting characters and perhaps the film would have benefited from revealing more of their back-stories. Given that Big Hero 6 is clearly the origins of a new franchise, there is scope to explore these characters further and so maybe future films can build positively on this foundation.

The short film, Feast, which precedes the feature, however, is a masterpiece, following the ups and downs of a human relationship from the perspective of the family pet. It’s full of heart, truth and will quite possibly make you cry. Just brilliant. Perhaps the strength of the short undermines the weakness of the feature.