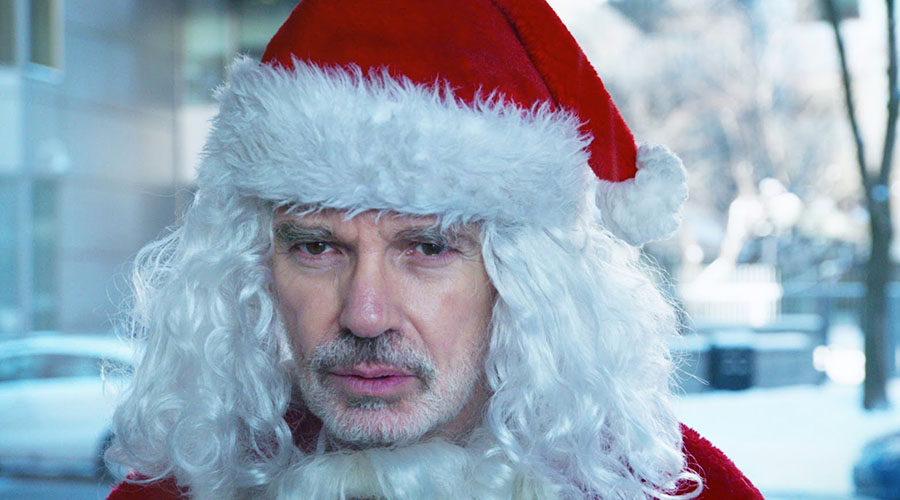 It’s that time of the year again. Time to look forward to spending the holidays with the family. For Willie (Billy Bob Thornton) this means being reunited with his foul-mouthed mother, Sunny Soke (Kathy Bates) and his slow quasi-son Thurman Merman (Brett Kelly). Also joining in during this festive period is his pint-size former partner in crime, Marcus (Tony Cox).

While some families reminisce over eggnog and brightly wrapped presents, this family gets together with more nefarious endeavours in mind. This time out, it’s the lowest of the low, robbing a charity. The plot is ultra thin and really only used as a device for verbal humour and what humour it is. Even for those with thick skins to surprise, there are some real zingers here.

Kathy Bates gets most of the really outrageous lines and milks them for all they are worth. She also presents quite the utilitarian image of a modern mother covered in bad tattoos and with a jail-yard haircut. She redefines the term mother with hilarious results. Billy Bob returns to one of his funnier roles but is limited in his impact with a script that feeds almost all the good lines to Bates.

Films like Bad Santa 2 go a long way towards balancing out the usual saccharin holiday fare by being as shocking and darkly offensive as possible. Every holiday break film list should include some subversion and Bad Santa 2 fits that bill with aplomb.