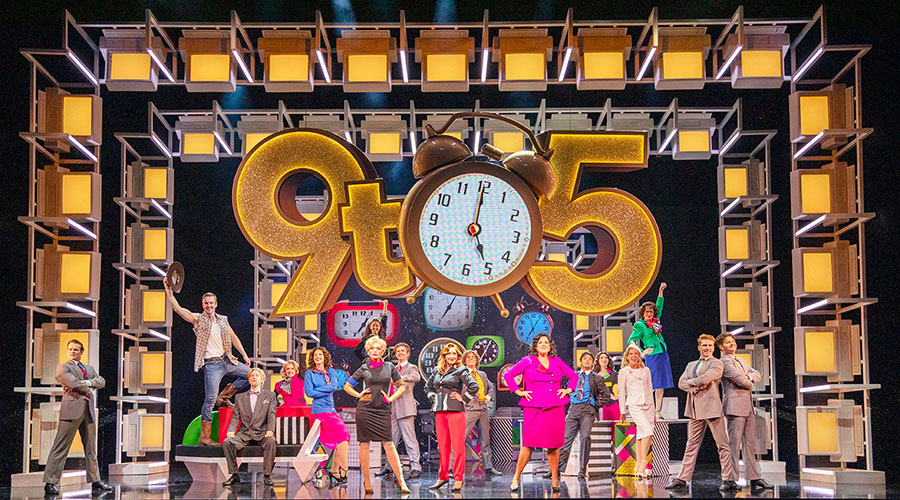 9 to 5 the Musical Theatre Review

With a little bit of naughty and a whole lot of nice, everybody’s favourite country girl Dolly Parton brings 9 to 5 to the stage and it’s no surprise it’s a success. Watching the 1980 film as homework before opening night was fun but it felt dated. The stage play feels contemporary.

The struggle women face in the current workplace is one still fraught with issues so the core topical nature illustrates how little progress has been made. This does little to lessen the celebratory nature of the work on stage. The main characters are told with broad strokes and the evil boss is even more cartoonish than before.

The play is filled out with Parton’s countrified contribution of songs and lyrics and those are mixed with vibrant dance numbers to great effect. Its message is an important one but is delivered with verve and a great sense of fun. It is also filled with many naughty moments that are both hilarious and in a departure from the somewhat conservative nature of the film. It’s a welcome expansion.

The Australian cast is outstanding and highlights include Marina Prior perfectly cast as the super-efficient office manager Violet Newstead, Erin Clare as the Dolly doppelgänger Doralee Rhodes, and Casey Donovan as the mouse that turns into a lion Judy Bernly. Donovan who won Australian Idol in 2004 features in one of the play’s most powerful musical moments. This is all populist entertainment but it is delivered with such gusto, that matters little.

9 to 5 the Musical is currently playing at Brisbane’s Lyric Theatre QPAC!
www.9to5themusical.com.au