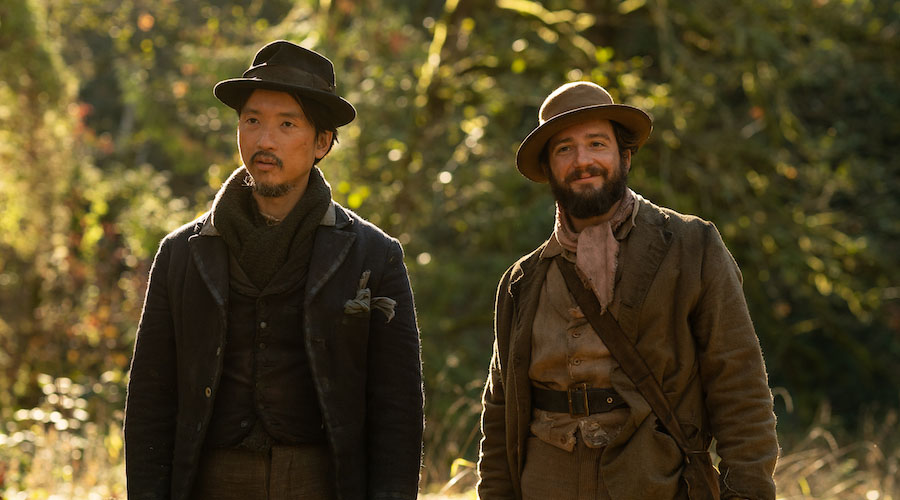 Watch the trailer for First Cow – in Aussie cinemas April 29!

Dendy Coorparoo will be releasing the 2019 American drama film directed by Kelly Reichart.

Two travellers, on the run from a band of vengeful hunters in the 1820s Northwest, dream of striking it rich – but their tenuous plan to make their fortune on the frontier comes to rely on the secret use of a wealthy landowner’s prized dairy cow.

With their scheme landing somewhere between honest ingenuity and pure grift, renowned filmmaker Kelly Reichardt finds a graceful and deeply moving origin story of America in their unlikely friendship and fragile life at the margins.

It is created off a screenplay from Reichard and Jonathom Raymond based on Raymond’s novel The Half Life. First Cow stars John Magaro, Orion Lee, Toby Jones, Ewen Bremner, Scott Shepherd, Gary Farmer and Lily Gladstone and will be released in Australian cinemas April 29!